Skip to main content
ICC President Chile Eboe-Osuji meets with UN leadership and States in New York: “We must re-energize the mission of the Court”

ICC President Chile Eboe-Osuji meets with UN leadership and States in New York: “We must re-energize the mission of the Court” 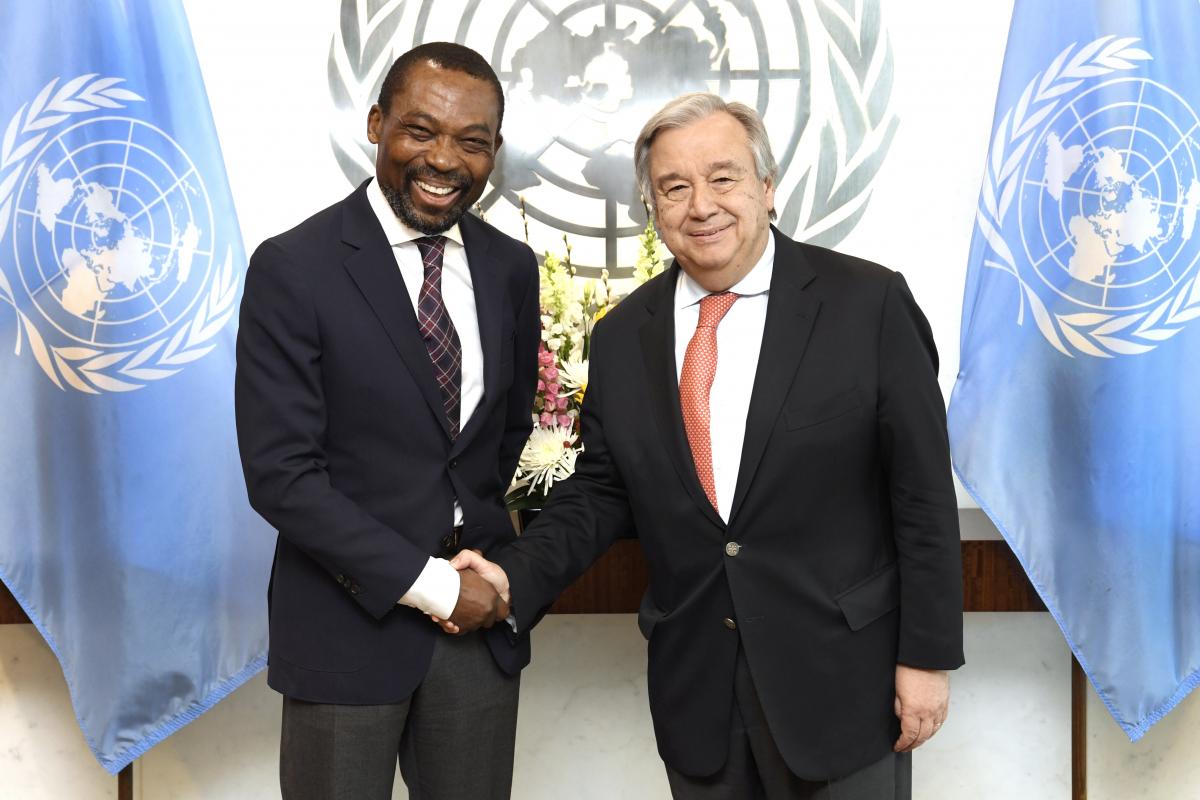 The President of the International Criminal Court (ICC), Judge Chile Eboe-Osuji, has concluded his first working visit to New York since election as President on 11 March 2018. During the visit, which took place 7-9 May 2018, he met with the United Nations Secretary-General, other senior UN officials and representatives of States. In all his meetings, President Eboe-Osuji emphasized the need to re-energize the mission of the Court and to revitalize reflection on the enduring value of the Rome Statute to humanity.

In their meeting, the ICC President and the UN Secretary-General, António Guterres, reaffirmed the friendly and cooperative relations between the two organisations, in accordance with the Relationship Agreement concluded in 2004 between the Court and the United Nations. President Eboe-Osuji expressed his gratitude for the many important forms of cooperation that the United Nations provide to the Court's operations on a reimbursable basis and recognized the critical role of the United Nations in strengthening respect for international law at a time when impunity for the gravest crimes remains an alarming challenge. "I will continue to do everything I can to support the ICC and to help people to understand its important mandate", said Secretary-General Guterres.

During his stay in New York, the ICC President met with representatives of a number of States Parties to the Rome Statute as well as other States and discussed issues of common concern in the context of the Court's operations and the international community's efforts to ensure accountability for crimes against humanity, genocide, war crimes and the crime of aggression. In a meeting with the Ambassadors of African States Parties to the Rome Statute, the President emphasized the importance of the Court to Africa and the world at large, and encouraged representatives from African countries to engage in constructive dialogue with the Court, while respecting the integrity of the Rome Statute and the independence of the Court. Many representatives stressed the need to strengthen communications and outreach in order to address misperceptions about the Court.

In his remarks, President Eboe-Osuji paid tribute to the contribution of the ILC to the drafting and adoption of the Rome Statute but also drew attention to the great challenges that persist, calling upon all States, organisations and individuals to reflect on the global project of accountability and renew, in an actionable way, the pledge of 'never again'. "Victims of atrocities everywhere deserve justice. And that is what the ICC is ready to deliver", he said.