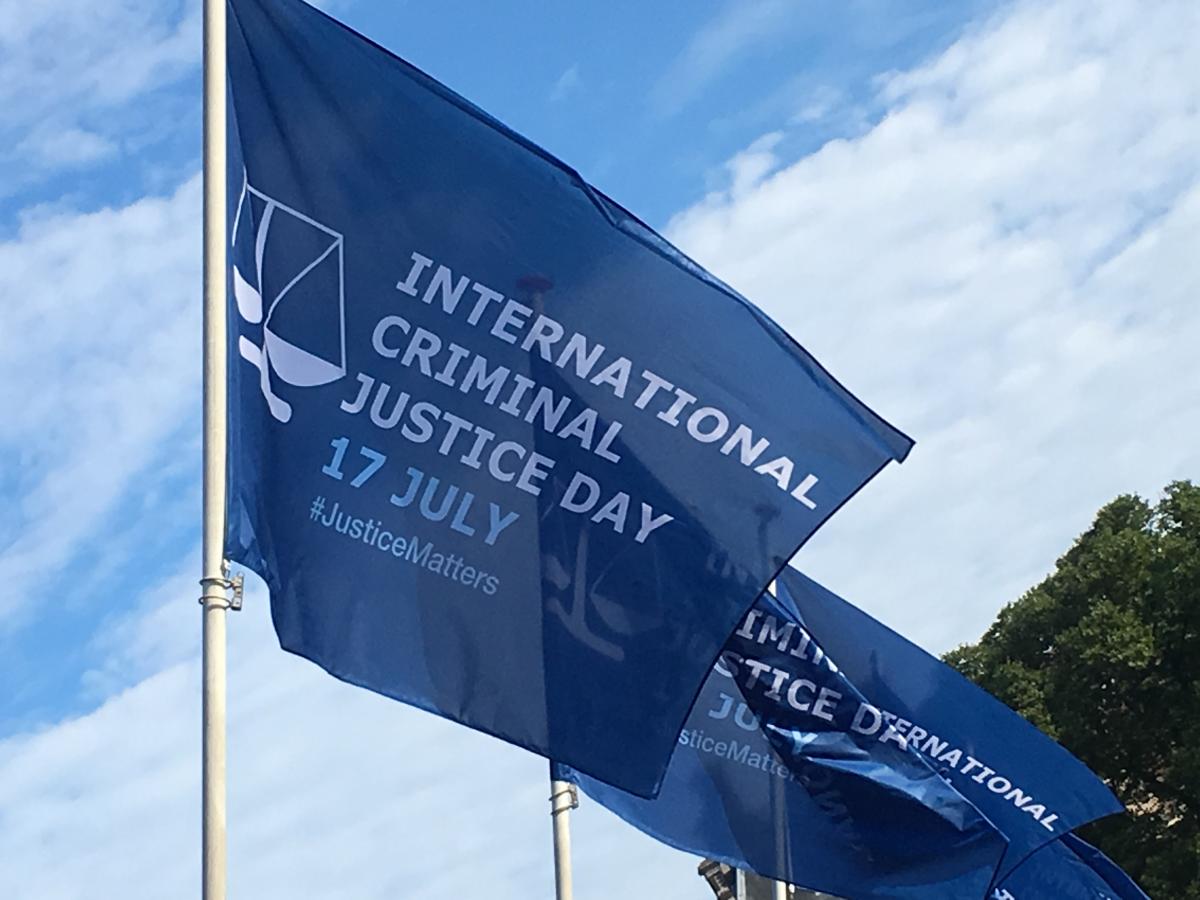 ICC President Silvia Fernández de Gurmendi is marking 17 July from a London conference on international criminal law and Syria, where the ICC does not currently have jurisdiction. She stated: "The ICC has helped place the concept of justice and accountability permanently on the international agenda. A permanent institution for addressing the gravest crimes has inspired the fight against impunity worldwide. The ICC represents a promise of justice and protection for victims of atrocious crimes. In order to sustain the historic gains made in international justice, the Court needs sufficient and concrete support for its activities".

From a 17 July conference in Dakar, Senegal, ICC Prosecutor Fatou Bensouda stated: "As we celebrate this International Criminal Justice Day in Dakar and around the world, we cannot overstate the importance of strong state cooperation and complementarity in the effective fight against impunity for atrocity crimes. We mark this Day by reaffirming our steadfast commitment to the cause of international criminal justice and to redoubling our efforts, in our respective roles, to ensure justice is done, not least for the victims of these serious crimes".

Visiting victims and affected communities in Northern Uganda, ICC Registrar Herman von Hebel joined a 17 July event and launched a new "Access to Justice" programme, stating "The world is becoming ever more conscious, striving to end crimes that threaten the peace, security and well-being of the world. We are certain to ensure a future that will relegate impunity to the footnotes of history, and together, this is possible".

In marking its 15th anniversary this July, the ICC is reaching out to global audiences with a digital campaign on its website, Facebook, Twitter, Tumblr, Flickr and YouTube, welcoming participants to tell stories of #wheniwas15, and how events in their youth shaped their sense of justice. In addition to reflecting on the past, the campaign also looks to the future, mobilizing people to help build a #morejustworld.

The Facebook campaign features, among others, 15 milestones in the Court's first 15 years, a series of 15 achievements, and stories of over 15 leaders of global peace and justice efforts. The ICC thanks these and all other participants who have shared their stories and helped mark its 15th anniversary, showing global support for justice, peace and the well-being of the world.