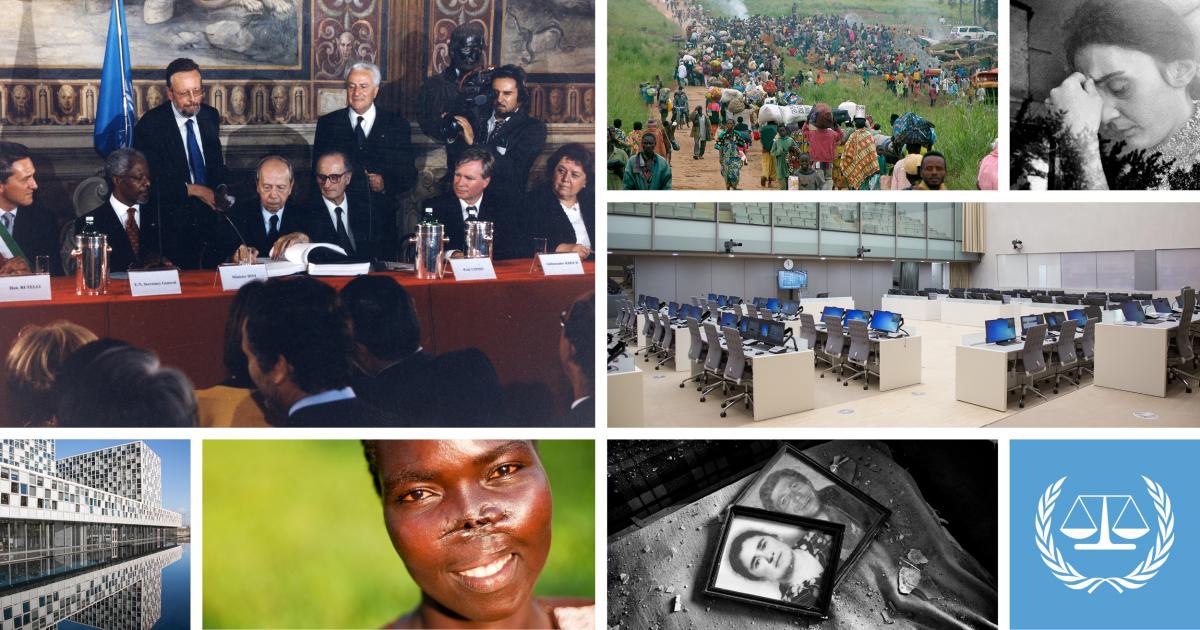 Marking the day, ICC President Judge Chile Eboe-Osuji stated: "There cannot be sustainable socio-economic development, where conflicts, atrocities and fear reign supreme. The fact that we have today a permanent International Criminal Court has changed the way the world looks at atrocities. The world expects accountability. Victims demand justice. The space for impunity for these atrocities is shrinking." In this way, the ICC President linked the work of the Court to the United Nation's Sustainable Development Goal 16 (SDG16): Peace, Justice and Strong Institutions.

Several events are being hosted to mark the anniversary, particularly through the ICC's country offices in Central African Republic, Côte d'Ivoire, the Democratic Republic of the Congo, Georgia, and Uganda.

The ICC President will deliver remarks at an event commemorating 17 July at the United Nations Headquarters in New York. The event, hosted by the Permanent Missions of Argentina, Ecuador, Liechtenstein, the Netherlands, Norway, Senegal, Sierra Leone and Spain, as well as Parliamentarians for Global Action, will highlight the crucial role of international criminal justice in achieving SDG16.

These events and more are covered on the ICC's social media platforms, which are also kicking off a year-long call for stories with the theme "My #journeytojustice". Participants can submit selfie-style video stories of under one minute by using the #journeytojustice hashtag or emailing [email protected]. Starting today, stories from the ICC President, Prosecutor and Registrar, among many others, will be featured on these platforms. The stories are personal accounts of how those participating in the campaign first became interested in matters of justice, why, and where that led them to this day.

17 July unites all those who support ending impunity for the most serious crimes of international concern through the due process of law, promoting victims' rights, and contributing to the prevention of such crimes.

Adopted on 17 July 1998, the Rome Statute is the ICC's founding treaty, ratified by over 120 countries. The ICC is the first permanent international criminal court established to help end impunity for the perpetrators of the most serious crimes of concern to the international community, namely war crimes, crimes against humanity, genocide and the crime of aggression. The Rome Statute also established the Trust Fund for Victims with a two-fold mandate: (i) to implement Court-ordered reparations and (ii) to provide physical and psychological rehabilitation and material support to victim survivors, their families, and affected communities. The TFV assists survivors to begin the process of healing and rebuilding their lives, for them to be able to promote peace and reconciliation.