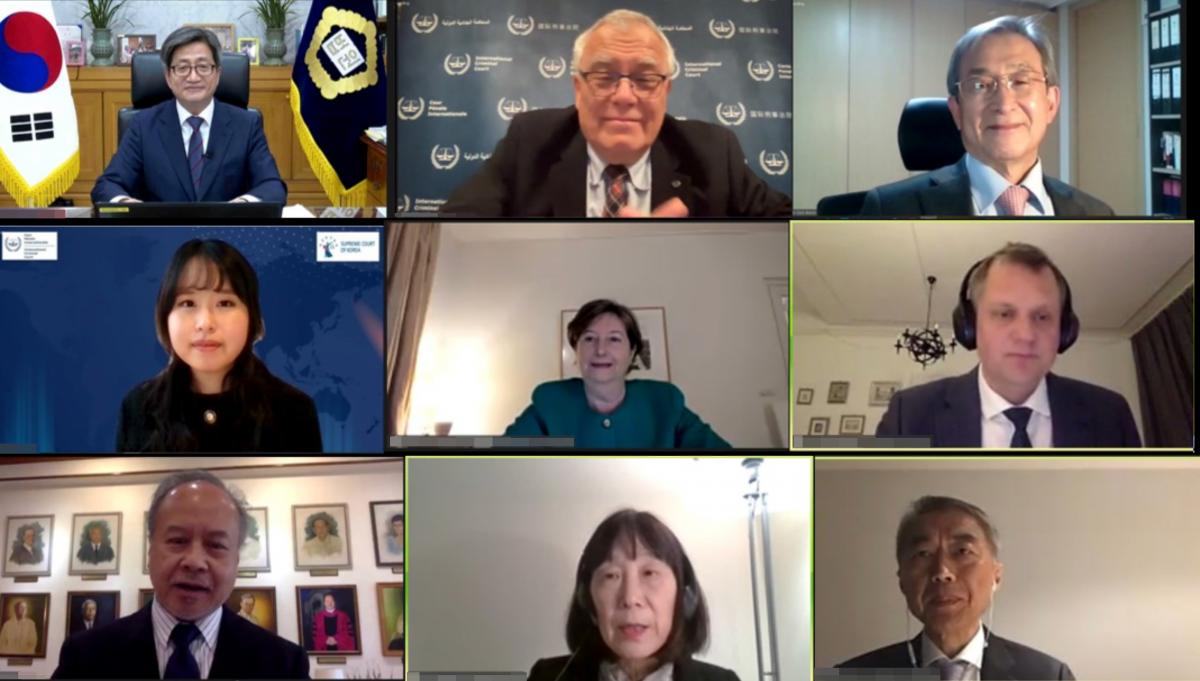 On 1 December 2021, the International Criminal Court ("ICC") held the inaugural Asia-Pacific Regional Seminar of Judges on the Rome Statute and the International Criminal Court with Judges and judicial officials from five States Parties to the Rome Statute as well as five States that are not party to the Statute. The seminar, which was held online due to COVID-19 restrictions, was co-hosted with the Supreme Court of the Republic of Korea and organised with the financial support of the European Commission.

The Asia-Pacific Regional Seminar of Judges aimed to increase cooperation in the international criminal justice system by enhancing understanding about the ICC cooperation regime, promoting efforts towards universal ratification of the Rome Statute of the ICC, and reinforcing high-level and technical contacts and partnerships.

The seminar was opened by Judge Myeongsu Kim, Chief Justice of the Korean Supreme Court, and by Judge Piotr Hofmański, President of the ICC, and consisted of three sessions, each dedicated to a topic of relevance.

In his opening remarks, President Hofmański reflected on the role that judges and other judicial actors have as bearers of the rule of law in their national systems. "With this deep understanding of the importance of the law for the well-being of societies, you can play a key part in fostering dialogue about the ICC in your national setting. As senior legal experts, you have an influential voice not only in your legal community, but also in broader national discussions related to the rule of law. In today's globalized world, such discussions must take into consideration not only domestic issues, but also international norms," he said.

Speakers included the President of the Assembly of States Parties ("ASP") Judge Silvia Fernández de Gurmendi, former ASP President Judge O-Gon Kwon, ICC Judge Chang-ho Chung, ICC Judge Tomoko Akane, and former ICC Judge Raul Cano Pangalangan. With the valuable contribution of the speakers, the participants had the opportunity to acquire a greater understanding of the Rome Statute system and the Court in general. The participants were also able to create a network among the national judges to exchange views and experiences on Rome Statute related matters.

The Asia-Pacific Regional Seminar of Judges forms part of the broader efforts of the Court, the Assembly of States Parties and civil society to promote universal ratification of the Rome Statute. With the partnership of the Republic of Korea as one of the co-focal points for universality in the Assembly, and the support from the European Commission, the Court intends to continue facilitating dialogue among senior judges in this context with a follow-up event in 2022.

More information about universality of the Rome Statute can be found here.