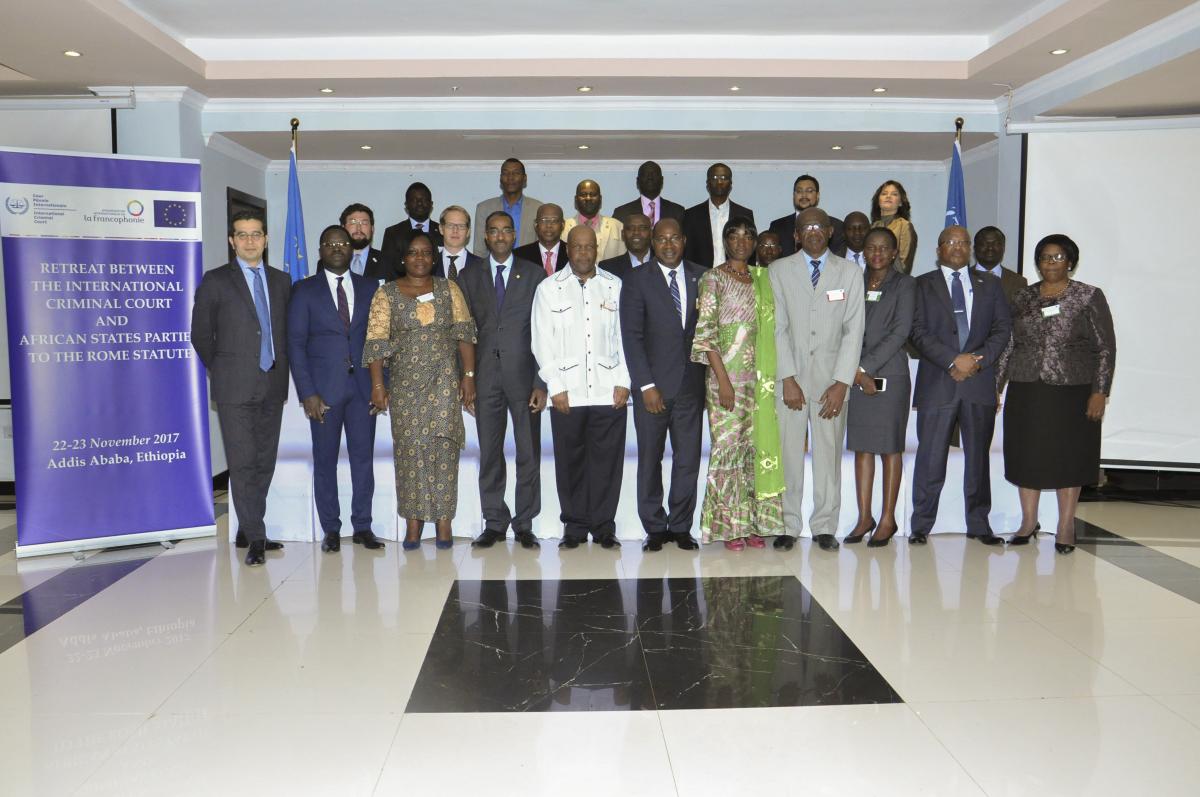 Participants of the ICC Retreat with African States Parties to the Rome Statute in Addis Ababa, Ethiopia, on 22 November 2017 ©ICC-CPI

On 22-23 November 2017, the International Criminal Court ("ICC" or "Court") organised a Retreat with African States Parties to the Rome Statute in Addis Ababa, Ethiopia, to discuss ways of strengthening the Rome Statute system of justice. The Trust Fund for Victims ("TFV") at the ICC and the African Union also joined the retreat. With a total of 33 African States Parties, African countries form the largest regional group amongst the ICC membership.

Government delegates from 19 African States, representatives of the African Union and ICC and TFV officials shared experiences and explored further avenues for engagement and cooperation, including within the framework of the complementarity principle enshrined in the Rome Statute. The participants also exchanged views on the relationship between the ICC and national, sub-regional and regional organisations and judicial institutions. In addition, participants discussed victims' issues, including victims' participation in ICC proceedings as well as assistance and reparation for victims of crimes that fall within the jurisdiction of the Court.

This Retreat builds on a series of seminars, organised jointly by the ICC and the African Union, held annually in Addis Ababa between 2011 and 2015, as well as a similar retreat organised in 2016. The event was organised with the financial support of the European Commission and the International Organisation of La Francophonie.