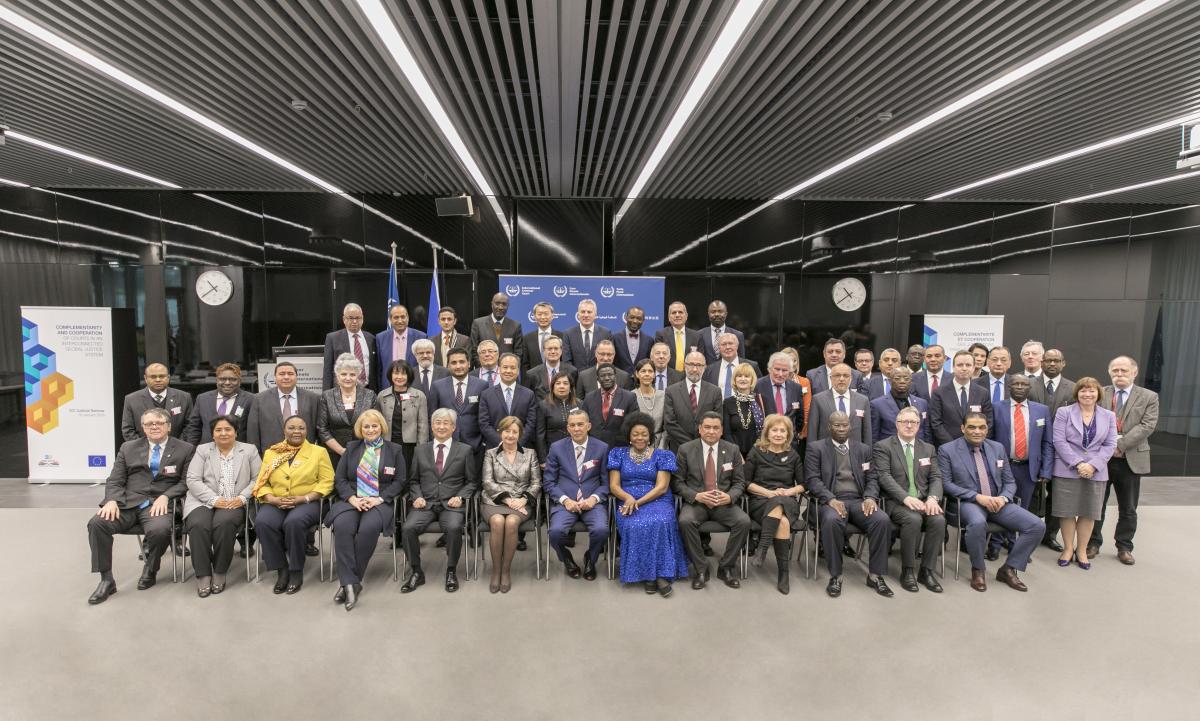 Today, 18 January 2018, the International Criminal Court ("ICC" or "Court") opened a judicial seminar titled "Complementarity and Cooperation of Courts in an Interconnected Global Justice System", taking place at its seat in The Hague, Netherlands.

The seminar, first of its kind at the Court, brings together for an interactive discussion more than 50 senior judges, including chief justices, representing the national jurisdictions of 25 States Parties to the Rome Statute, 8 regional or international courts, and the International Criminal Court.

"As courts experience similar challenges, there is need to engage in a broader dialogue on how best to solve them", said ICC President Judge Silvia Fernández de Gurmendi in her opening remarks. "Our mandates and jurisdictions are distinct but we all share a unique and same goal, which is to ensure accountability and solve conflicts through justice. (...) Ending impunity for genocide, crimes against humanity, war crimes and aggression is only possible with a shared vision and a joint commitment. I hope that we will today sharpen that vision and strengthen that commitment."

Participants are discussing the interconnectedness of international, regional and national courts as part of a global system, collectively aimed at ensuring the rule of law and, in particular, accountability and justice for the gravest crimes under international law.

This Seminar is organised with the financial support of the European Commission. The Seminar will be followed by a formal Ceremony marking the opening of the ICC judicial year.

Video of the Seminar

Pictures of the Seminar