ICC holds High-Level Seminar on Cooperation in Trinidad and Tobago 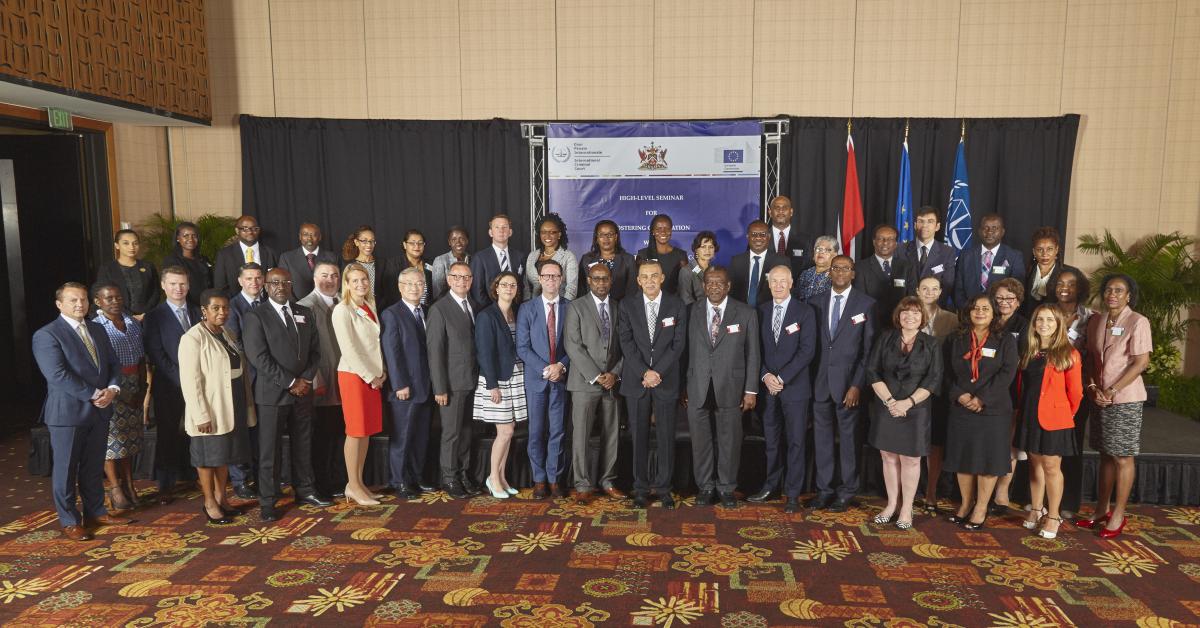 On 10 and 11 January 2017, the International Criminal Court ("ICC" or the "Court") is holding a High-Level Seminar for Fostering Cooperation with the Court in the Caribbean Community region ("CARICOM") region in Port of Spain, Trinidad and Tobago. Government delegates from 17 countries, ICC officials and Representatives of the CARICOM, the Commonwealth, the Organization of American States, and the European Union are discussing ways of strengthening cooperation between key actors of the Rome Statute system at the political, operational and technical levels.

"Since its establishment and operationalisation, the International Criminal Court has become a key component in the formalisation of an independent, neutral and impartial system of accountability for the most serious crimes of concern to the international community, namely, war crimes, crimes against humanity and genocide, and subsequent to the Review Conference of the Rome Statute held in Kampala, Uganda in 2010, hopefully, the crime of aggression," said H.E. Anthony Thomas Aquinas Carmona O.R.T.T., S.C, President of the Republic of Trinidad and Tobago, opening the Seminar. "In the spirit of our loyalty to the ICC and more particularly, to our commitment and the observance of the international Rule of Law, the Caribbean can be counted as a tour-de-force among those Nation States that will push and uphold the agenda of the ICC.," he recalled.

"The Caribbean region played a pivotal role in the negotiations that led to the adoption of the Rome Statute," said ICC Judge Geoffrey Henderson on the first day of the Seminar. "Eleven out of the fourteen independent members of CARICOM have subsequently become States Parties, and the other three have expressed their intention to join by signing the treaty. The strong support by CARICOM for the Court has continued to this day," he added.

"The Court does not have its police force, but relies on States for cooperation and enforcement of its decisions. Political support and effective cooperation have vital importance for its work," said ICC Registrar Herman von Hebel. "Upon ratifying the Rome Statute, States Parties commit themselves to cooperate fully with the Court in its investigation and prosecution of crimes within its jurisdiction. The Court also relies on voluntary forms of cooperation from States to undertake its mandate. The protection of witnesses is a crucial area in this regard," he emphasised.

The representative from the Office of the Prosecutor encouraged the continued cooperation and support of States Parties in the Caribbean region and beyond, for  the preliminary examination, investigation and prosecution activities of the Office, in order to deliver meaningful and effective justice to victims, and thereby  contribute to the strengthening of the Rome Statute system.