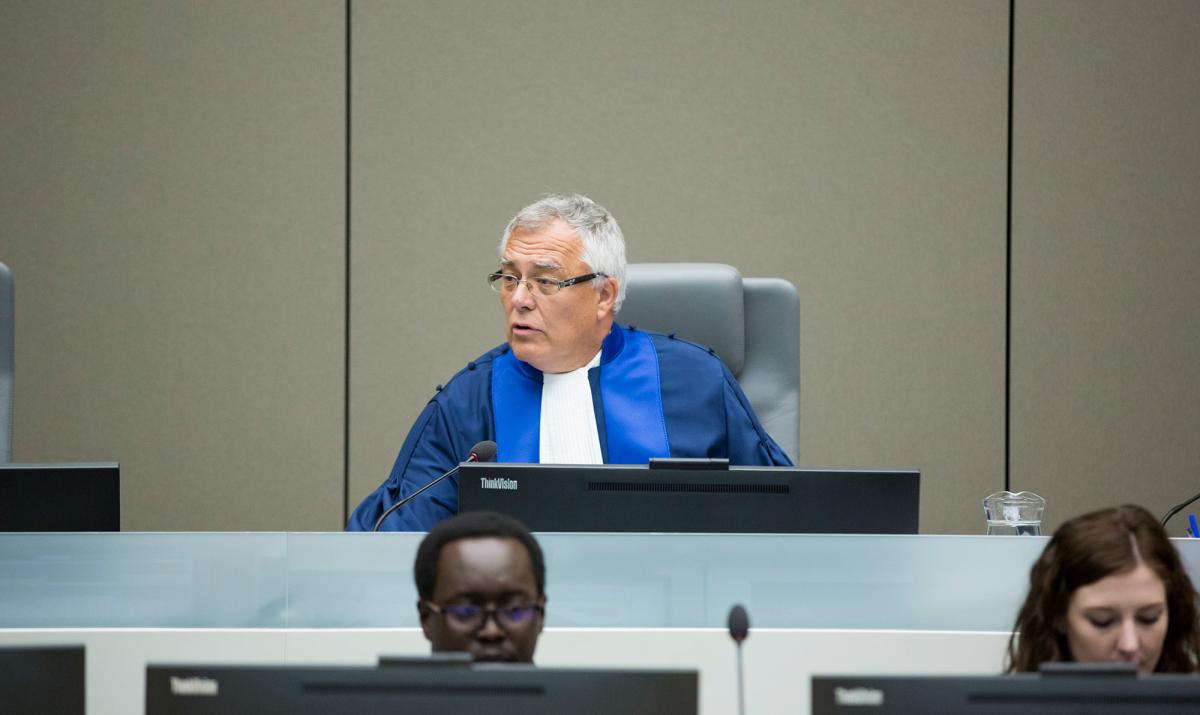 ICC Judge Piotr Hofmański, Presiding Judge on this appeal, at the hearing held on 19 July 2017 at the seat of the Court in The Hague, The Netherlands ©ICC-CPI

Today, 19 July 2017, the Appeals Chamber of the International Criminal Court (« ICC » or « Court ») delivered its judgment reversing a decision of Trial Chamber I and directing that Chamber to carry out a new review as to whether Mr Laurent Gbagbo should continue to be detained or should be released, with or without conditions. Until this matter has been so decided, Mr Gbagbo shall remain in detention.

On 10 March 2017, Trial Chamber I decided that Mr Gbagbo shall remain in detention. The Defence appealed the decision on 20 March 2017.

The Presiding Judge in this appeal, Judge Piotr Hofmański read a summary of the Appeal Judgment and explained in open session that, according to the Appeals Chamber, Trial Chamber I should have considered the duration of time Mr Gbagbo has spent in detention alongside the risks being reviewed and it should have determined whether, all factors being considered, Mr Gbagbo's detention continues to be reasonable. The Presiding Judge added that Trial Chamber I erred in taking into account the fact that a person denies responsibility for the charges he faces, as a factor favouring detention. He also noted that the Trial Chamber erred by considering Mr Gbagbo's advanced age as a factor that increased his desire to abscond, rather than one that may potentially mitigate the possibility of absconding.

Background:  On 28 January 2016, the trial in the case of The Prosecutor v. Laurent Gbagbo and Charles Blé Goudé opened before ICC Trial Chamber I. Laurent Gbagbo and Charles Blé Goudé are accused of four counts of crimes against humanity (murder, rape, other inhumane acts or – in the alternative – attempted murder, and persecution) allegedly committed in the context of post-electoral violence in Côte d'Ivoire between 16 December 2010 and 12 April 2011.