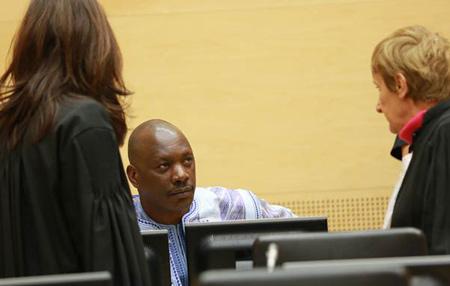 Today, 1 December 2014, the Appeals Chamber of the International Criminal Court (ICC) delivered, in open session, its judgments on Mr Lubanga's appeal against the verdict issued by ICC Trial Chamber I, that Mr Lubanga was guilty of the enlistment, conscription and use in hostilities of children under the age of fifteen. The Appeals Chamber issued simultaneously its judgment on the appeals of the Prosecutor and Mr Lubanga against the sentence imposed by the Trial Chamber. The Appeals Chamber confirmed, by majority, the verdict declaring Mr Lubanga guilty and the decision sentencing him to 14 years of imprisonment.

During today's open session, Judge Erkki Kourula, Presiding Judge in this appeal, read a summary of the Appeals Chamber judgments.

With respect to the alleged legal errors regarding Mr Lubanga's individual criminal responsibility, the Appeals Chamber confirmed the Trial Chamber's approach that a co-perpetrator must make an essential contribution and does not need to personally and directly commit the crime.

Judge Sang-Hyun Song adopted a partly dissenting opinion in relation to the appeals against the verdict and the sentence. While agreeing with the majority's decisions to reject the appeals, he disagreed with the Trial Chamber's holding that the "enlistment", "conscription" and "use to actively participate of in hostilities" of individuals under the age of fifteen are three separate crimes. Regarding sentencing, he found that the Trial Chamber should not have imposed three separate sentences for three crimes, but only one sentence for one crime.

Judge Anita Ušacka adopted a dissenting opinion with regard to Mr Lubanga's appeal against the verdict. She respectfully disagreed with the decision of the majority of the Appeals Chamber to confirm the Conviction Decision, which she would have reversed on the grounds that (i) the charges of which Mr Lubanga was ultimately convicted were not sufficiently detailed, and (ii) it was not established beyond reasonable doubt that the children conscripted, enlisted or used in hostilities by the UPC/FPLC were under the age of fifteen. Accordingly, she also disagreed with the conclusions of the majority with respect to sentencing.

Both judges read summaries of their opinions during today's open session.

a) The Conviction Decision and dissenting opinions;

b) The Sentencing Decision and dissenting opinion.

On 14 March 2012, the Trial Chamber convicted Mr Lubanga Dyilo of committing, as co-perpetrator, war crimes consisting of the enlisting and conscripting of children under the age of 15 years into the Force patriotique pour la libération du Congo [Patriotic Force for the Liberation of Congo] (FPLC) and using them to participate actively in hostilities in the context of an armed conflict not of an international character from 1 September 2002 to 13 August 2003.

On 10 July 2012, the Trial Chamber sentenced Thomas Lubanga Dyilo to a total period of 14 years of imprisonment. The time he spent in the ICC's custody will be deducted from this total sentence.

On 7 August 2012, Trial Chamber I of the International Criminal Court (ICC) decided, for the first time in proceedings at the ICC, on the principles that are to be applied to reparations for victims in the context of the case against Thomas Lubanga Dyilo. This decision has been appealed; the Appeals judgment on the principles of reparations is pending and will be issued in due course.

"News from the Court"programme (in French)