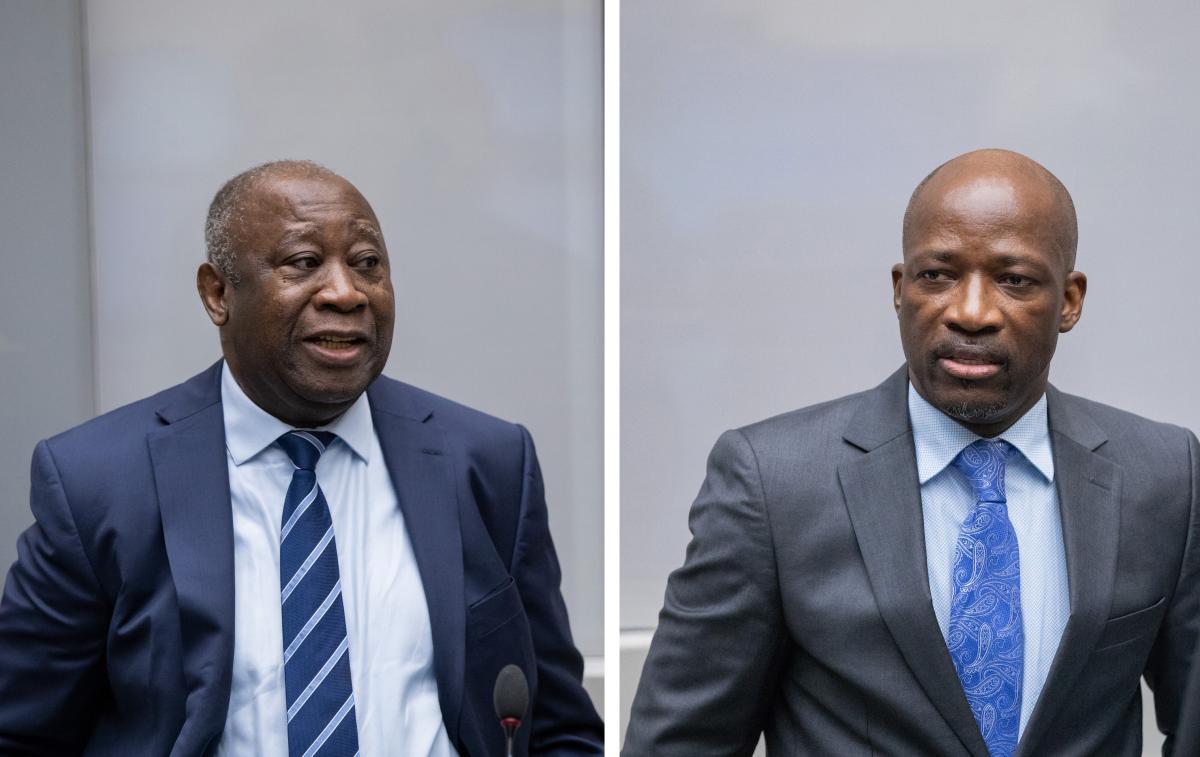 Mr Laurent Gbagbo and Mr Charles Blé Goudé at the hearing held on 15 January 2019 before the International Criminal Court in The Hague, Netherlands ©ICC-CPI<br>

Today, 28 May 2020, the Appeals Chamber of the International Criminal Court ("ICC" or "Court") decided to dismiss the request of the Defence for Mr Gbagbo for reconsideration of its judgment granting him and Mr Blé Goudé conditional release. The Appeals Chamber however decided to review the conditions of release. This decision does not concern the appeal against the decision acquitting Mr Gbagbo and Mr Blé Goudé.

The Appeals Chamber noted that the Defence of Mr Gbagbo did not demonstrate a clear error of reasoning, nor that there are particular circumstances justifying reconsideration of the Judgment.

The Appeals Chamber however decided to review the continued necessity of maintaining the conditions imposed on the release of the two acquitted individuals and decided to revoke the following conditions: (1) Not to travel beyond the territorial limits of the municipality of the receiving State without the explicit and prior authorisation of the Court; (2) To surrender all identity documents, particularly their passports, to the Registry; (3) To report weekly to the law enforcement authorities of the receiving State or the Registry; and (4) To abide by any additional reasonable conditions imposed by the State of release. The other conditions remain in force. The Chamber added that Mr Gbagbo and Mr Blé Goudé shall comply with all orders of this Court.

Background: On 15 January 2019, Trial Chamber I, by majority, Judge Herrera Carbuccia dissenting, acquitted Mr Laurent Gbagbo and Mr Charles Blé Goudé from all charges of crimes against humanity allegedly committed in Côte d'Ivoire in 2010 and 2011. A fully reasoned decision was issued in writing on 16 July 2019. Subsequently, the Prosecutor appealed this decision.

The trial in this case started on 28 January 2016, for alleged charges of crimes against humanity (murder, rape, other inhumane acts or – in the alternative – attempted murder, and persecution) allegedly committed in the context of post-electoral violence in Côte d'Ivoire between 16 December 2010 and 12 April 2011.

With regard to the present decision, on 1 February 2019, following an appeal by the Prosecutor against the oral decision of Trial Chamber I of 16 January 2019 which ordered release of the acquitted persons without conditions, the Appeals Chamber delivered its judgment on the matter, in which it amended the oral decision and imposed a number of conditions on the release of Mr Gbagbo and Mr Blé Goudé. On 7 October 2019, counsel for Mr Gbagbo requested that the Appeals Chamber reconsider its judgment and order Mr Gbagbo's immediate release without conditions. A hearing on this matter was held by the Appeals Chamber on 6 February 2020.