ICC and France conclude Agreement on the Enforcement of Sentences 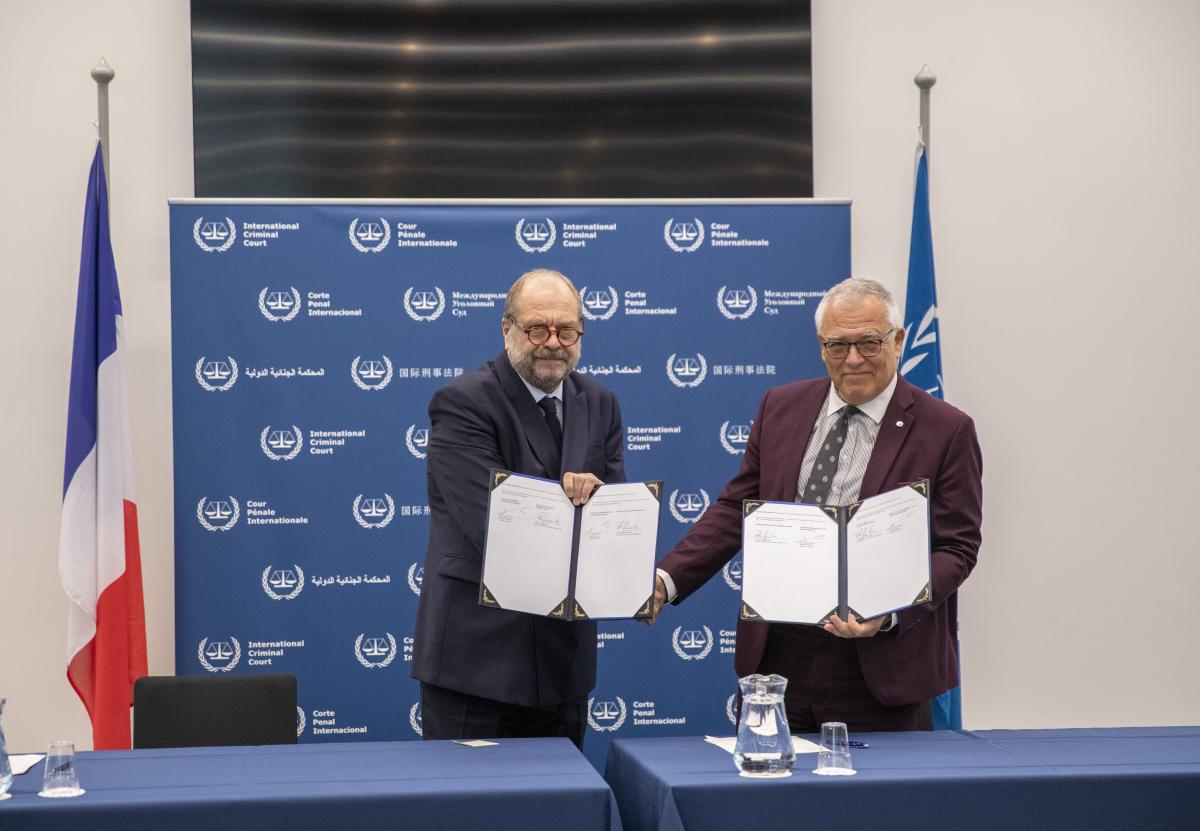 Minister of Justice of the French Republic H.E. Mr Éric Dupond-Moretti and ICC President Judge Piotr Hofmański signing an Agreement on the Enforcement of Sentences on 11 October 2021 ©ICC-CPI<br>

The President of the Court, Judge Piotr Hofmański, and H.E. Mr Éric Dupond-Moretti, Minister of Justice of the French Republic, signed the agreement at a ceremony held at the Court's premises on 11 October 2021.

Thanking France for its long-standing support for the Court and the project of international criminal justice, President Piotr Hofmański stated: "Cooperation is the cornerstone of the Rome Statute system and the enforcement of sentences of imprisonment is a crucial form of voluntary cooperation, which gains in significance with the Court's increasing caseload. In joining the family of ICC enforcement States, France demonstrates its strong commitment to ensuring the proper functioning of the Court, in the spirit of the principle enshrined in the Rome Statute according to which the States Parties should share the responsibility for enforcing sentences of imprisonment pronounced by the Court."

H.E. Mr Éric Dupond-Moretti, Minister of Justice of the French Republic said that: "The signature of the agreement illustrates France's commitment and permanent support for the ICC. The Court is fundamental to the international legal based order and a cornerstone in the fight against impunity of the most serious international crimes. By agreeing to become a State designated by the ICC for the enforcement of sentences on its territory, France demonstrates its engagement to promoting cooperation between the ICC and the States Parties, without which the Court cannot function."

The Rome Statute, the Court's founding treaty, provides that sentences of imprisonment imposed by the ICC "shall be served in a State designated by the Court from a list of States which have indicated to the Court their willingness to accept sentenced persons".

Similar agreements on the enforcement of sentences are currently in force between the ICC and Argentina, Austria, Belgium, Denmark, Finland, Georgia, Mali, Norway, Serbia, Sweden and the United Kingdom of Great Britain and Northern Ireland.