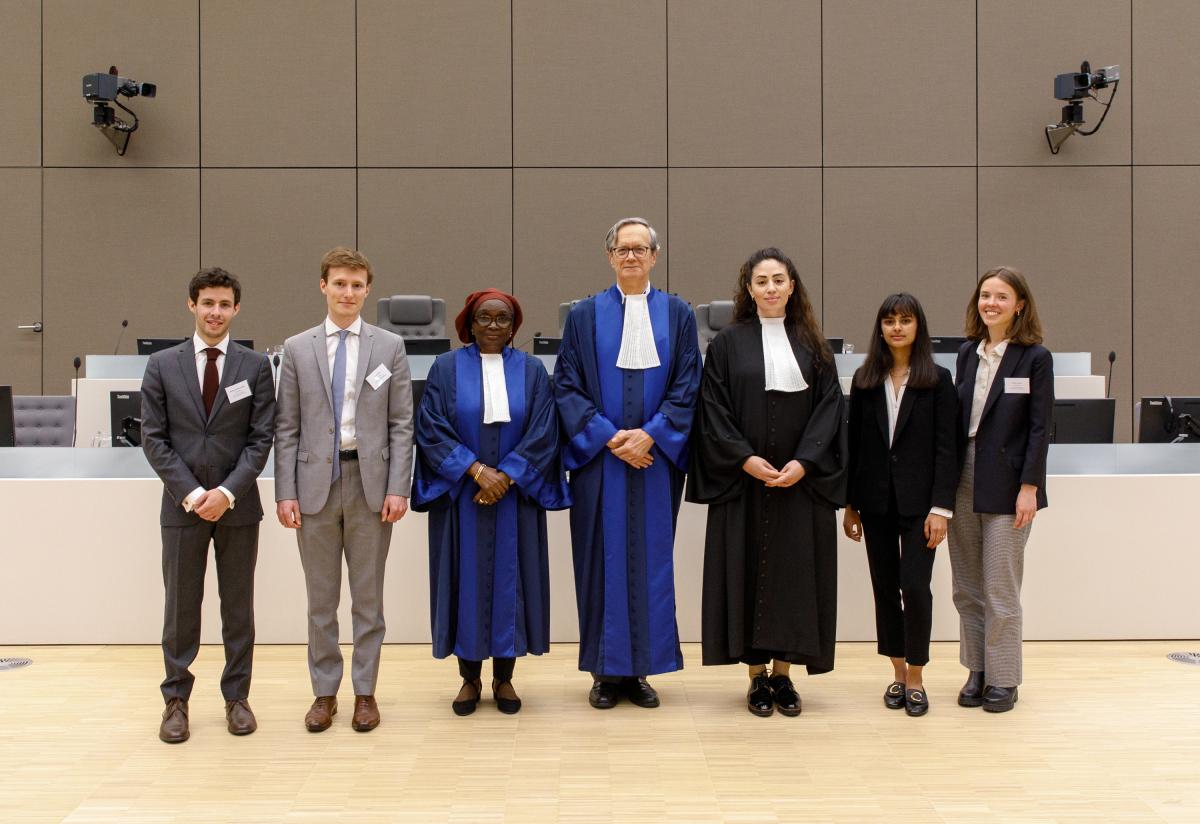 Today, 3 June 2022, the Professional Bar Training School under the jurisdiction of the Paris Court of Appeal - EFB (France) won the first edition of the French edition of the International Criminal Court (ICC) Trial Competition. The final round was held in Courtroom II of the ICC in The Hague (the Netherlands). On the judge's bench for this competition were ICC Judge Marc Perrin de Brichambaut, presiding, ICC Judge Reine Alapini-Gansou and ICC Legal Officer Adelaide Figueiras.

Members of the winning team are Gabriel Sebbah, Raphaël Biais, Sophie Lejeune et Léa Darves-Bornoz. The teams competed on a fictitious case, presenting oral arguments in the roles of the Office of the Prosecutor and the Defence, which were web-streamed live on the Court's website and Facebook page.

In the context of its Academic Programme, the ICC supports the organisation of ICC Trial Court Competitions in Chinese, English, Russian, Spanish and French, with a view to also support Arabic version in the future. These initiatives play a critical role in galvanising interest in the Court's work with academic communities as well as in enhancing promotion and respect for international criminal law.