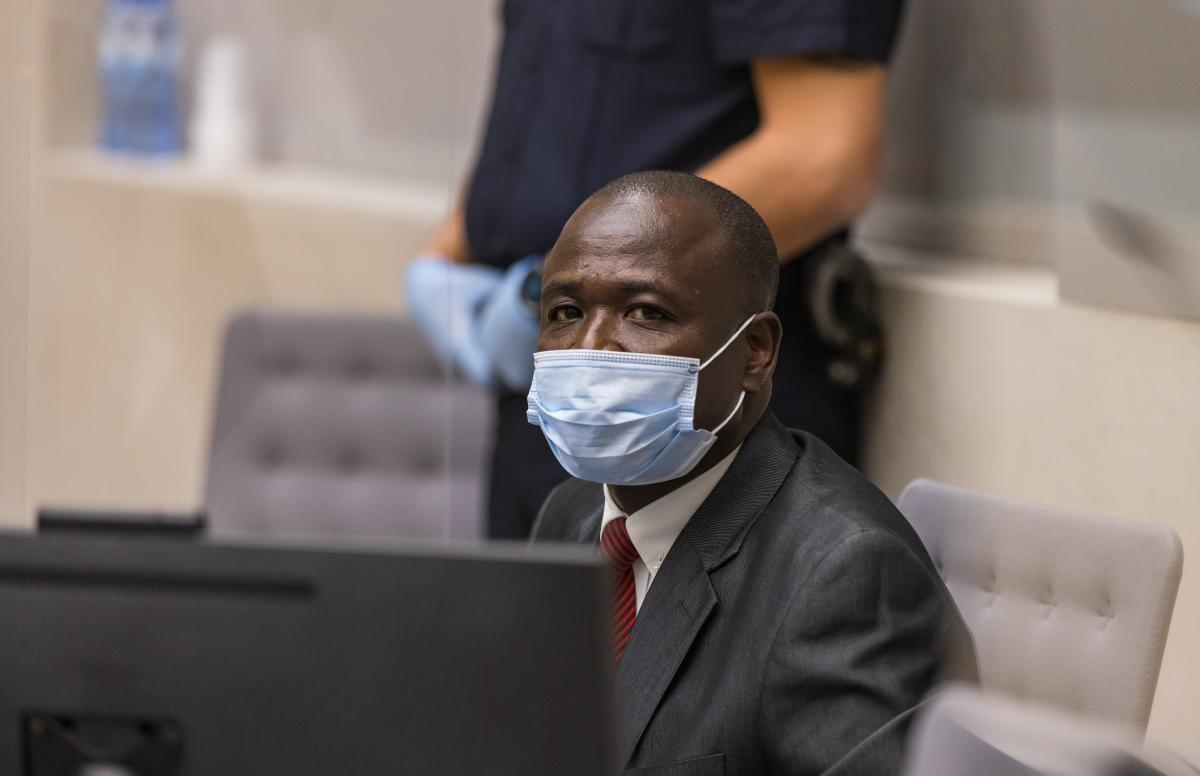 PHOTO&#58; Dominic Ongwen during the delivery of the sentence before the International Criminal Court on 6 May 2021 ©ICC-CPI

Today, 6 May 2021, Trial Chamber IX of the International Criminal Court ("ICC" or "Court") sentenced Dominic Ongwen to 25 years of imprisonment following the Trial Judgment in which the Chamber found him guilty for a total of 61 crimes comprising crimes against humanity and war crimes, committed in Northern Uganda between 1 July 2002 and 31 December 2005. The period of his detention between 4 January 2015 and 6 May 2021, will be deducted from the total time of imprisonment imposed on him. The sentence may be appealed before the ICC Appeals Chamber by either party to the proceedings.

Judge Bertram Schmitt, Presiding Judge, read a summary of the Chamber's decision. He highlighted that the Chamber was confronted in the present case with a unique situation. It is confronted with a perpetrator who wilfully and lucidly brought tremendous suffering upon his victims. However, it is also confronted with a perpetrator who himself had previously endured extreme suffering himself at the hands of the group of which he later became a prominent member and leader.

The Chamber decided to give certain weight in mitigation to the circumstances of Dominic Ongwen's childhood, his abduction by the Lord's Resistance Army (LRA) at a very young age and his early stay with the LRA.

The Chamber rejected the Defence's arguments, recalling its analysis of evidence in the Judgment issued on 4 February 2021, and considered that the mitigating circumstances of substantially diminished mental capacity and duress are not applicable.

The Chamber analysed one-by-one the gravity of each of the 61 crimes for which Dominic Ongwen was convicted, finding several aggravating circumstances applicable to some or even most crimes. Aggravating circumstances included particular cruelty, multiplicity of victims, the victims being particularly defenceless, and discrimination on political grounds and discrimination against women. The Chamber imposed individual sentences for each crime, taking the mitigating circumstance of Dominic Ongwen's childhood and abduction by the LRA into due account. The highest individual sentences were of 20 years. Other sentences pronounced for individual crimes were of 14 or 8 years of imprisonment. 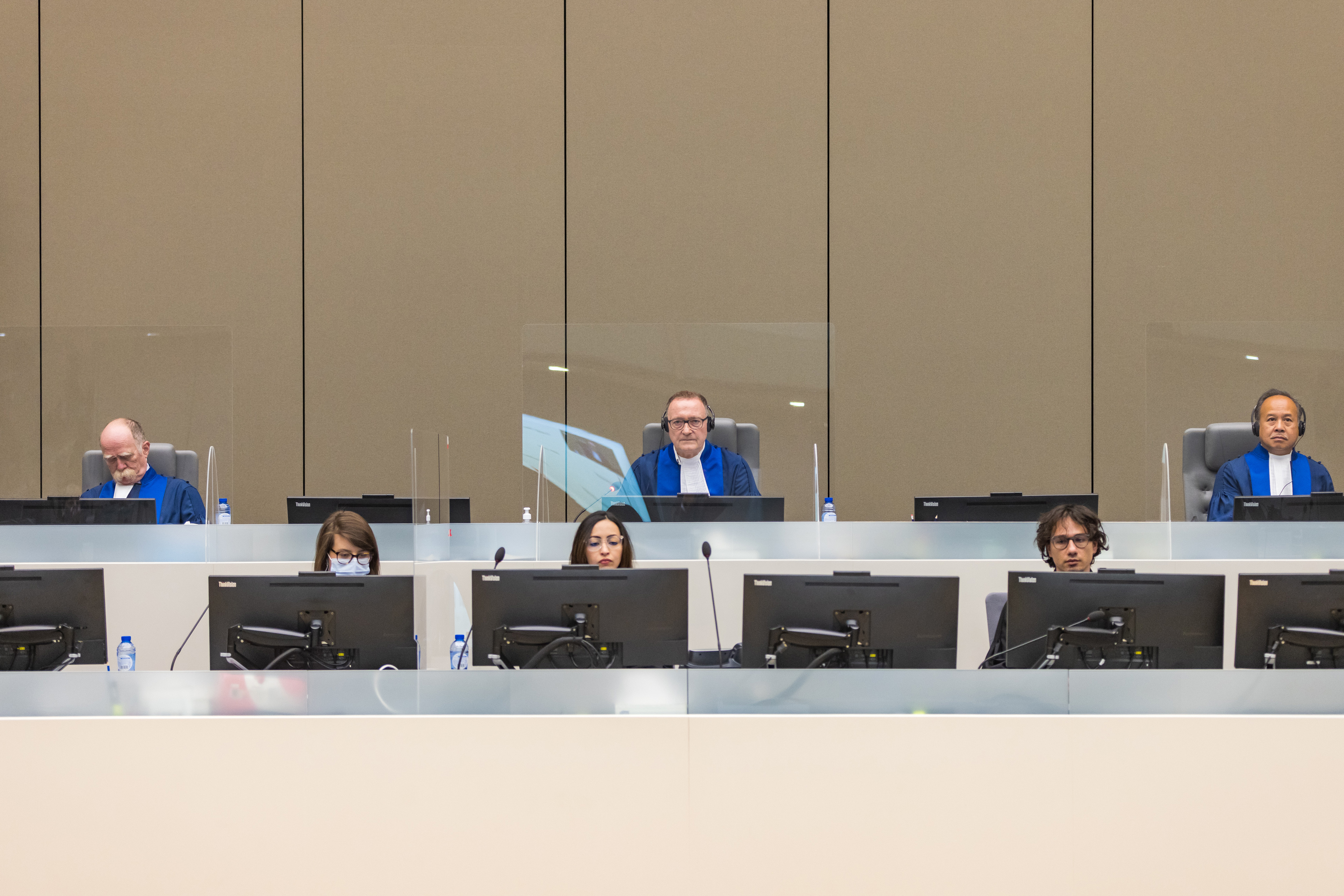 In its determination of the joint sentence for all the crimes for which Dominic Ongwen was convicted, the Chamber declined to sentence Dominic Ongwen to life imprisonment, considering his individual circumstances and in order to envisage a concrete prospect for Dominic Ongwen to eventually re-build his life.

The Chamber then, by majority, decided to impose a joint sentence of 25 years of imprisonment. The Majority, composed of Judge Bertram Schmitt and Judge Péter Kovács, is of the view that this joint sentence adequately reflects the strongest condemnation by the international community of the crimes committed by Dominic Ongwen and acknowledges the great harm and suffering caused to the victims. At the same time, the Majority held that such a joint sentence acknowledges Dominic Ongwen's unique personal history and safeguards the prospect of his successful social rehabilitation and, consequently, the concrete possibility of future re-integration into society. Judge Raul Cano Pangalangan appended a partly dissenting opinion on this matter as he would have sentenced Dominic Ongwen to a total period of imprisonment of 30 years.

The Chamber also issued today an order for submissions on reparations. It emphasised that the right of victims to reparations is also an essential part of the system of justice at the Court, and stated that it will push forward the reparation stage of the proceedings with vigour and the utmost care.

Summary of the decision

Order for Submissions on Reparations

A total of 4095 victims, represented by their legal counsels Joseph Akwenyu Manoba, and Francisco Cox, as well as Paolina Massidda, respectively, have been granted the right to participate in the proceedings.

The Trial Chamber issued 70 oral decisions, and 528 written decisions up until the issuance of the sentence. The total case record, consisting of the filings of the parties and participants and the Chamber's decision, currently includes more than 1810 filings.

For further information on this case, please click here

Questions and Answers on the sentence: English; Français