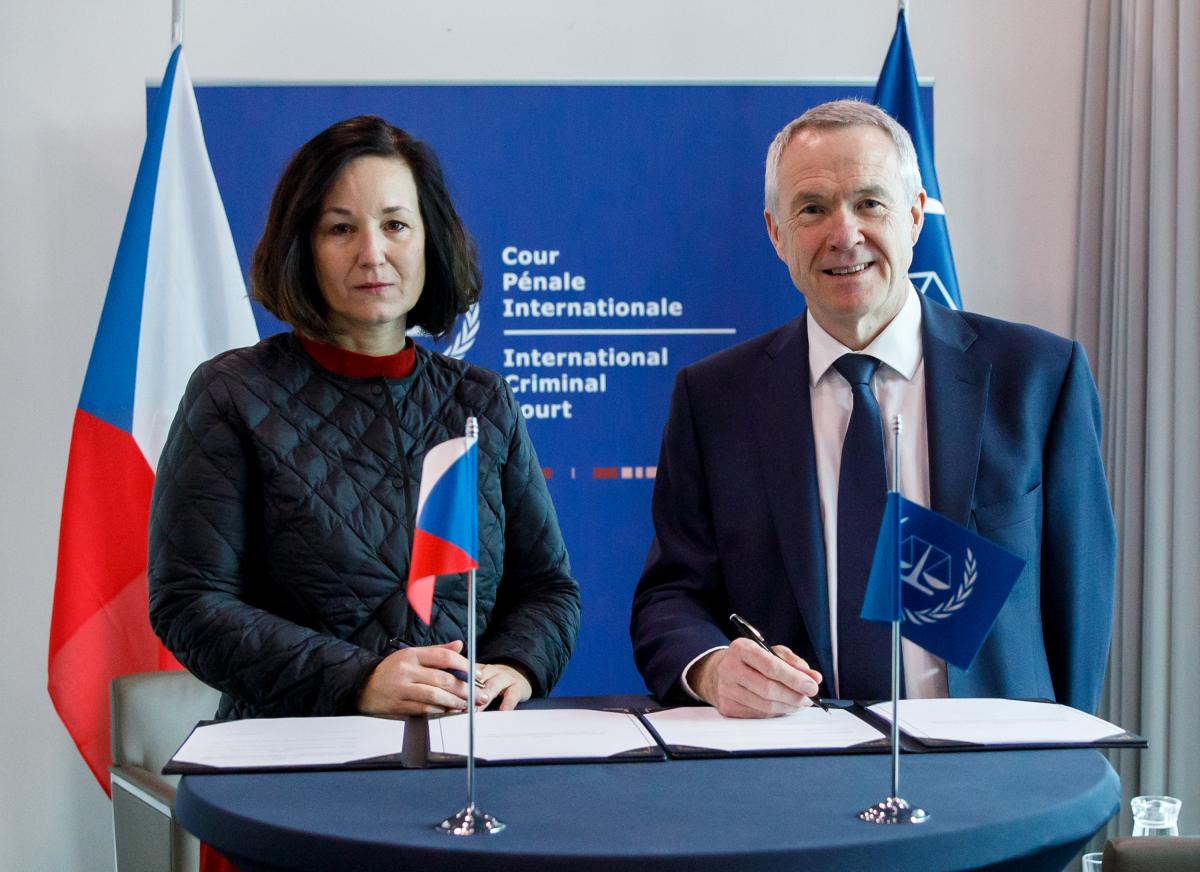 Ambassador of the Czech Republic HE Kateřina Sequensová and Registrar Peter Lewis during the signing of the witness protection agreement on 2 December 2022 in The Hague, Netherlands ©ICC-CPI

On 2 December 2022, H.E. Kateřina Sequensová, Ambassador of the Czech Republic to the Kingdom of the Netherlands and the Registrar of the International Criminal Court ("ICC" or "the Court"), Mr Peter Lewis, signed a cooperation agreement on the protection of witnesses at the seat of the Court.

“We are extremely grateful for the voluntary cooperation of the Government of the Czech Republic. The agreement after its entry into force will provide a framework which will allow the protection of some of the witnesses who decide to testify before the Court,” ICC Registrar Peter Lewis said. “We are looking forward to the signature of similar agreements with other states, thus moving from words to deeds and making the justice advocated by the ICC a tangible reality,” he added.

Ambassador Sequensová, signing on behalf of the Czech Republic, stated that "Without witnesses, there will be no trials, no justice for the victims. By signing the relocation agreement,  the Government of the Czech Republic wishes to contribute to the fight against impunity for the most serious crimes under international law and reaffirms its support to the Court and its work. We acknowledge that victims and witnesses are at the heart of Rome Statute and its system making it a true victims' court.”

The ICC offers protection to persons at risk because of their engagement with the Court. Agreements on witnesses' protection are in principle confidential, unless the State decides otherwise, and are necessary to ensure the success of this protection and to allow witnesses to safely present their testimonies to the ICC Judges.