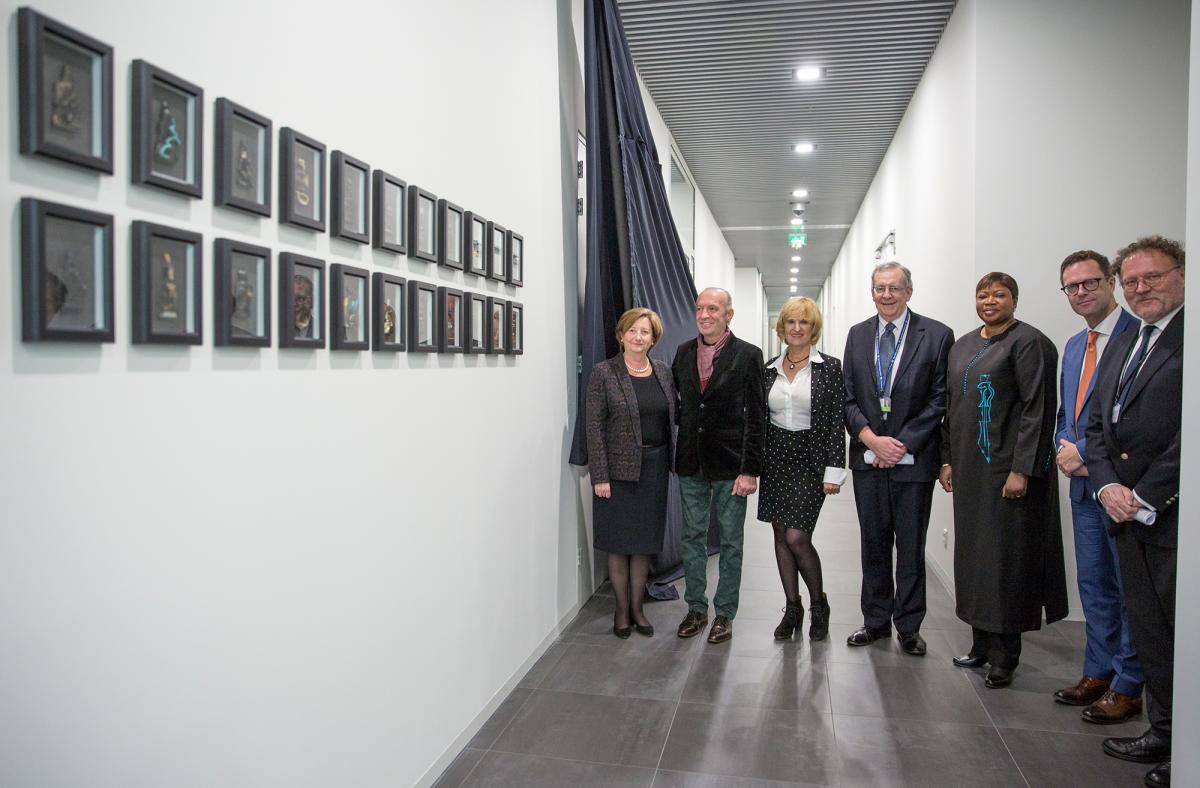 On 2 March 2017, H.E. Ambassador Christian Lepage, Permanent Representative of Belgium to the International Institutions in The Hague, together with the President of the International Criminal Court (ICC) Judge Silvia Fernández de Gurmendi unveiled an artwork donation from the Government of Belgium to the ICC. The ceremony was held at the seat of the Court in The Hague, The Netherlands, in the presence of ICC Judge Ms Christine Van den Wyngaert, ICC Prosecutor Ms Fatou Bensouda, ICC Registrar Mr Herman von Hebel, Representatives of the Government of Flanders and the artist, Mr Erwin Geeraerts.

The artwork, carried out by artist Erwin Geeraerts, is entitled "Wall of Shame" and draws attention to the global problem of child soldiers. It consists of a series of 25 framed statues in bas-relief in pitch, copper and bronze powder.

H.E. Ambassador Christian Lepage stated: "Belgium welcomes the efforts of the Court to fight against impunity and to develop reparation programs through the Trust Fund for Victims. These programs aim, among other things, to facilitate the reintegration of child soldiers into society."

Expressing the Court's gratitude to the Government of Belgium for this donation, ICC President Fernández stated: "This is a further demonstration of Belgium's unwavering support for the work, values and objectives of the Court."

Since the move to its new permanent premises in December 2015, the ICC received artwork donations from the Governments of Japan, Korea, Liechtenstein, Senegal, Slovenia and Tunisia, representing their cultural heritage as well as reflecting the mandate of the Court.