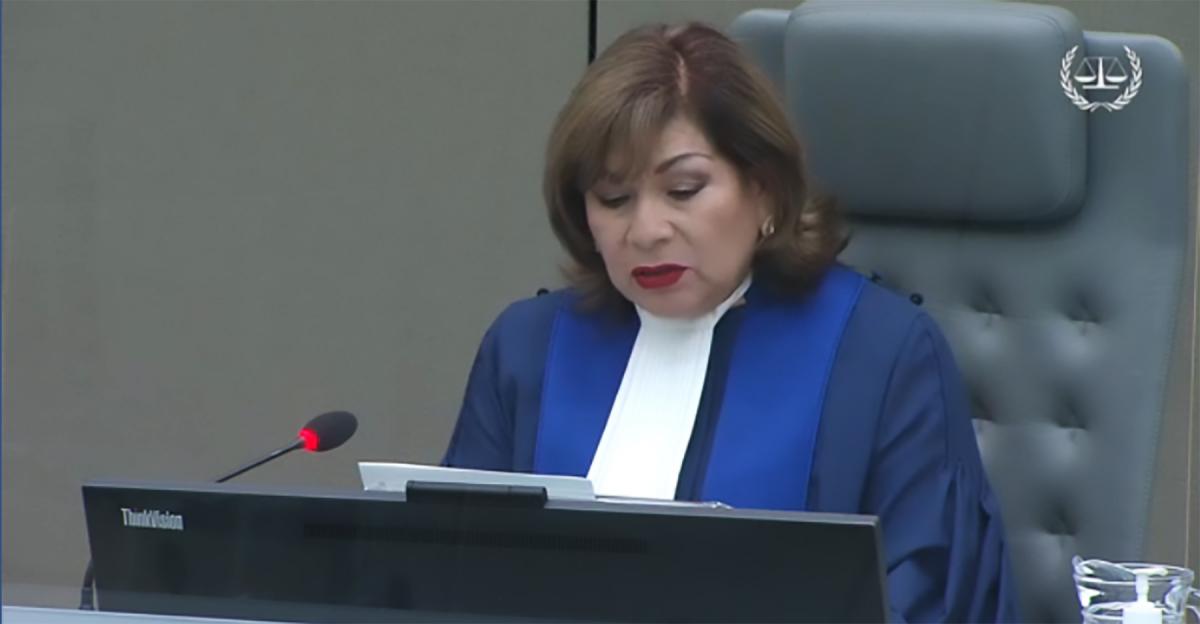 Today, 1 July 2021, the Appeals Chamber of the International Criminal Court ("ICC" or the "Court") delivered its judgment unanimously confirming the decision of Trial Chamber X of 17 December 2020 entitled "Decision on application for notice of possibility of variation of legal characterisation pursuant to Regulation 55(2) of the Regulations of the Court" in the case the Prosecutor v. Al Hassan Ag Abdoul Aziz Ag Mohamed Ag Mahmoud. Presiding Judge in this appeal, Judge Luz del Carmen Ibáñez Carranza read a summary of the judgment in open session.

Under the second ground of appeal the Defence challenged the Trial Chamber's decision to give notice of a possible legal re-characterisation with respect to seven police reports allegedly drafted or signed by Mr Al Hassan and relied upon by the Islamic Tribunal to pass sentences. Those reports were not included in the Pre-Trial Chamber's decision confirming the charges against the accused and referring him to a trial before the Trial Chamber. The Appeals Chamber stated that the Pre-Trial Chamber plays a role of gatekeeper in ensuring that there is a case worthy of trial and to define the parameters of the subject matter of that trial, while taking into account the need to proceed expeditiously so as not to cause undue delay to the proceedings as a whole. The Appeals Chamber clarified that, as the Pre-trial chamber's task is to determine the parameters of the charges, it remains for the Trial Chamber to assess the individual factual allegations within the scope of the charges. The Appeals Chamber found that the Trial Chamber did not exceed the 'facts and circumstances' described in the charges in giving notice in relation to these reports, as the charges against him include the allegation that Mr Al Hassan contributed to the alleged crimes by serving an important role in his position during the relevant period.

In conclusion, the Appeals Chamber decided by unanimity to confirm the Trial Chamber's decision.

Background: The trial in the case of Mr Al Hassan opened on 14 July 2020. The accused was transferred to the ICC on 31 March 2018 following a warrant of arrest issued by the Pre-Trial Chamber on 27 March 2018 for war crimes and crimes against humanity. The confirmation of charges hearing took place from 8 to 17 July 2019. On 30 September 2019, Pre-Trial Chamber I issued a confidential decision confirming the charges of war crimes and crimes against humanity brought by the Prosecutor against Mr Al Hassan and committed him to trial. The redacted version of the decision was published on 13 November 2019. On 23 April 2020, Pre-Trial Chamber I issued a confidential decision partially granting the Prosecutor's request to modify the charges against Mr Al Hassan; the redacted version of this decision was made public on 11 May 2020.