Skip to main content
(Abridged) Statement of the Prosecution at the opening of the Trial in the case of the Prosecutor v. Alfred Yekatom and Patrice-Edouard Ngaïssona 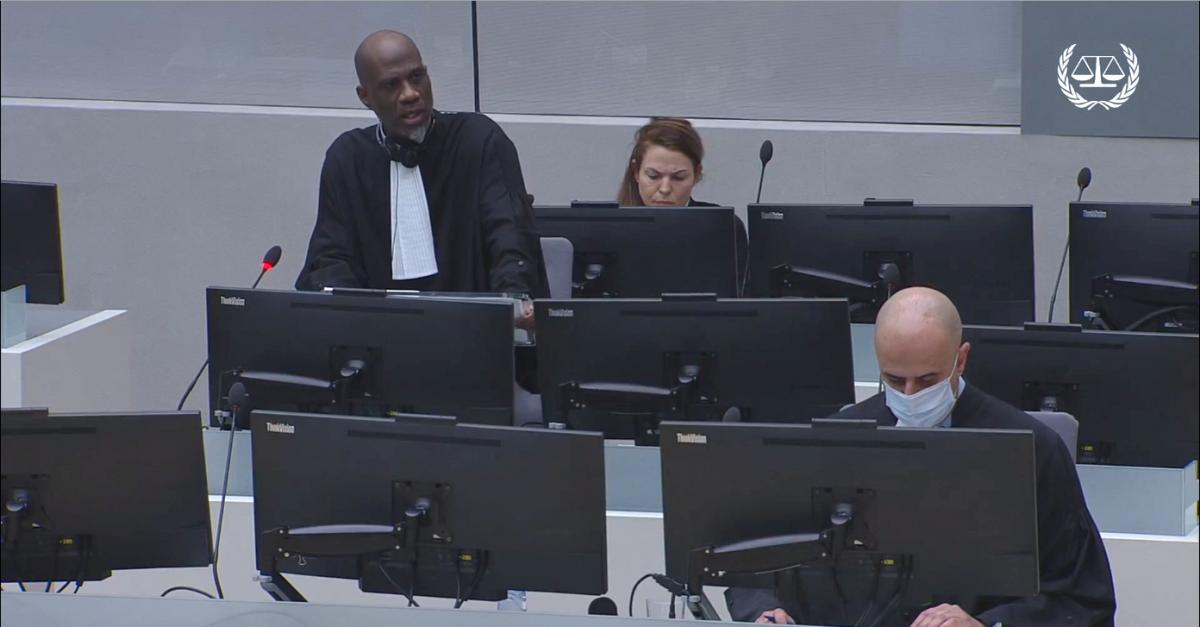 When the Transition Government of the Central African Republic (CAR) referred this Situation to the Office of the Prosecutor, it did so in the hope of achieving justice for thousands of innocent civilians decimated by protracted violence, victims of horrible crimes and atrocities. The Office of the Prosecutor applied for, and received authorisation to investigate alleged violations of the Rome Statute in September 2014. And, we are here today, as a product of a long and difficult investigation. But, one aimed to establish the truth regarding the Charged Crimes.

We are here today because of the commitment and resolve of the people of the CAR; because of our collective commitment to the principles of the Rome Statute and importantly, its mandate to hold to account those responsible for the most serious crimes of concern to the international community, on all sides of the CAR conflict. We begin that process today with this case as our investigations in the Situation continue.

The violence and instability in the Central African Republic since its independence never truly divided its people. Although elusive for many complex reasons, they have always persisted in their pursuit of peace.

The crimes that are charged in this case violate the Rome Statute and well-established norms and customs of war. The events are shocking to the conscience and so arresting in scale, that they transgress the very nature of our humanity.

We believe that the evidence in this case will establish the individual criminally responsibility of Patrice-Edouard Ngaïssona and Alfred Yekatom  for crimes against humanity and war crimes in violation of articles 7 and 8 of the Rome Statue, as confirmed by Pre-Trial Chamber II on 11 December 2019.

From about June 2013, Ngaïssona, Gen. Francois Bozizé (the former President) of the Central African Republic, Bernard Mokom, Maxime Mokam, and others, implemented a Strategy – a plan – designed to reclaim political power in CAR following the Seleka's ouster of Bozizé's in a coup d'état on  24 March 2013.

NGAISSONA was a member of Bozizé's inner circle. He helped put together a fighting force composed, among others, of members of Bozizé's former Presidential Guard, members of the Forces Armées Centrafricaines, pre-existing self-defence groups, new recruits, and others, to forcibly remove the incumbent Seleka regime. While the objective of their Strategy was to reclaim power: The means? the consequences? – well, that's why we're here – unfortunately.

As the evidence will show, Ngaïssona's participation in this Strategy was integral, and  he contributed to it fully aware that the group he was helping to structure, arm, finance, instruct and organise — known by September 2013 as the "Anti-Balaka" —  would inevitably target the Muslim civilian population in western CAR. He knew the vengeance within them, and he knew that they intended to, and would, commit the multiple acts and crimes constituting the widespread and systematic attack that took place from September 2013 through December 2014.

This attack included the seminal coordinated Anti-Balaka offensives of 5 December 2013 at Bangui  and Bossangoa, hundreds of kilometres apart. As the Pre-Trial Chamber noted and the evidence before you will prove beyond reasonable doubt, "the attack on Bossangoa and the 5 December 2013 Attack on Bangui were essential components of the Strategy to reclaim power by François Bozizé and others."

NGAISSONA was a principal in the Anti-Balaka. Before he was  designated the group's National General Coordinator in January 2014 — its Chief — he was its de facto political Coordinator. Maxime Mokom was its Coordinator for Military Operations. His father, Bernard Mokom, as you will hear was also influential in the group's leadership.

From its inception, Ngaïssona was aware of the Anti-Balaka's organisational policy. That policy entailed the violent targeting of Muslim civilians in western CAR who, based on their religious, national or ethnic affiliation, were perceived as collectively responsible for, complicit with, and/or supportive of, the Seleka. You will hear this referred to as the (Criminal Policy or Common Purpose) in our presentation.

Ngaïssona's many contributions collectively promoted and encouraged the establishment, implementation, and perpetuation of the Anti-Balaka's Common Purpose. A Common Purpose which cut across the Charged Crimes and the "multiple acts" forming the widespread and systematic attack of which they were a part. I will detail some of these incidents toward the end of my submissions. His contributions enhanced the capacity of the Anti-Balaka to commit the Charged Crimes, their preparedness to commit them, and their willingness to do so.

Alfred Yekatom, having fled CAR upon Bozizé's overthrow, amassed and commanded a group of some 3,000 fighters (elements). A former caporal chef in the FACA — turned senior and powerful Anti-Balaka Zone Commander —Yekatom trained, structured, and armed his elements. He prepared, planned, and led them in crimes committed as a key part of the Anti-Balaka's widespread attack. He did this with elements under his command in the areas of his responsibility in and around Bangui  and in the Lobaye Prefecture (the so-called 'Zone Sud'), pursuant to the same Common Purpose.

Yekatom and as many as 1,500 of his elements participated in the coordinated 5 December 2013 Bangui Attack. They committed serious crimes in its adjacent neighbourhoods, and in its aftermath, continued to commit crimes in Boeing and along the PK9– Mbaiki Axis through 28 February 2014. Yekatom is charged with these crimes, including the expulsion of Muslim civilians en masse, murder, torture, cruel treatment, as well as for enlisting, conscripting, and using children under age 15 years in hostilities, from at least December 2013 through August 2014.

The evidence in this case will establish Ngaïssona's and Yekatom's criminal responsibility beyond any reasonable doubt.

It will show that Ngaïssona bears criminal responsibility for his complicity in Anti-Balaka crimes committed in the course of its attacks on Bangui  and Bossangoa on 5 December 2013 and in their aftermaths, including the crimes committed by Yekatom and his elements.

The evidence will show that Yekatom bears criminal responsibility for ordering crimes, and committing them by, through and with, his Anti-Balaka elements in the course of the 5 December 2013 attack on Bangui  and its aftermath, including in the Lobaye Prefecture in furtherance of the Anti-Balaka's Common Purpose […].

The Office of the Prosecutor of the ICC conducts independent and impartial preliminary examinations, investigations and prosecutions of the crime of genocide, crimes against humanity, war crimes and the crime of aggression. Since 2003, the Office has been conducting investigations in multiple situations within the ICC's jurisdiction, namely in Uganda; the Democratic Republic of the Congo; Darfur, Sudan; the Central African Republic (two distinct situations); Kenya; Libya; Côte d'Ivoire; Mali; Georgia, Burundi Bangladesh/Myanmar and Afghanistan (subject to a pending article 18 deferral request). The Office is also currently conducting preliminary examinations relating to the situations in Bolivia; Colombia; Guinea; the Philippines; and Venezuela (I and II) and has completed three other preliminary examinations concerning the situations in Palestine, as well as Nigeria and Ukraine (pending requests for authorisation to proceed to investigation).