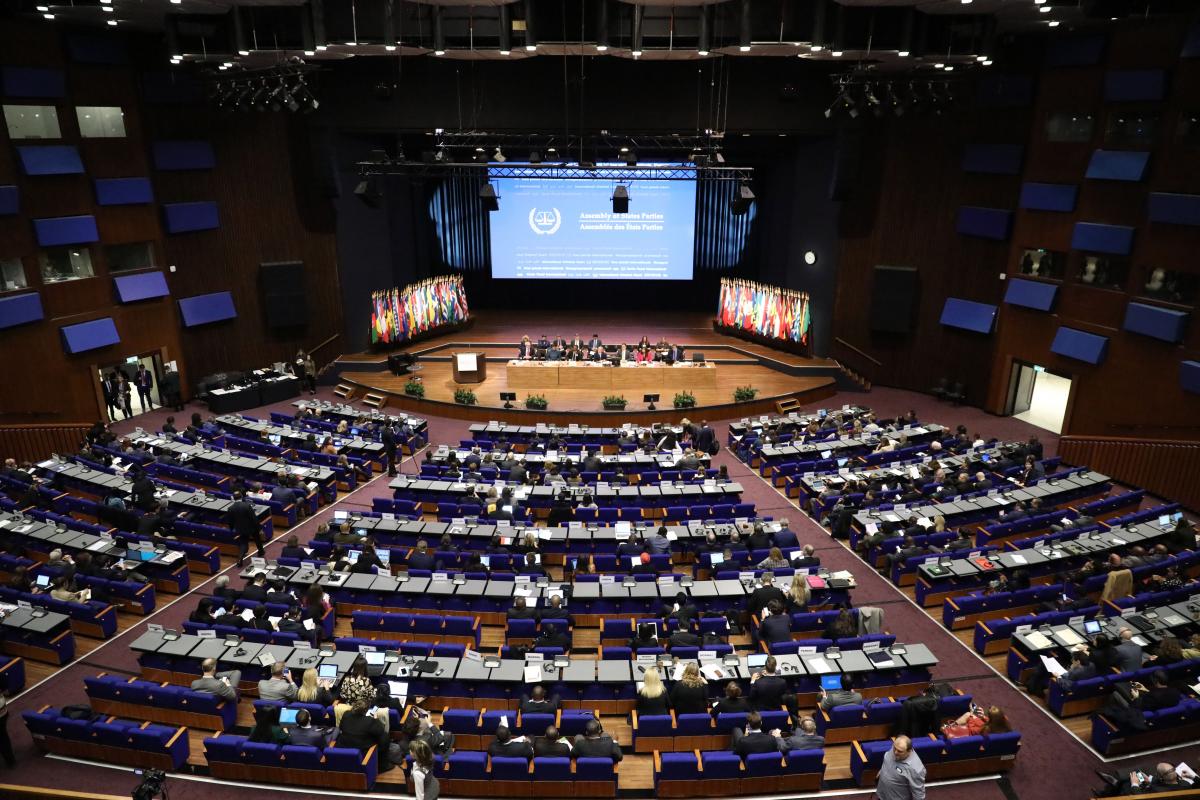 ​The eighteenth session of the Assembly of States Parties (ASP) to the Rome Statute of the International Criminal Court (ICC) opened today at the World Forum Convention Center in The Hague, The Netherlands. From 2 to 7 December 2019, States Parties to the Rome Statute, the Court's founding treaty, observer States, invited States, international and regional organizations and representatives from civil society will discuss key challenges facing the Statute. States Parties will also make important decisions and adopt resolutions on key issues pertaining to the functioning of the Court and the Trust Fund for Victims, including in relation to their respective budgets, and on cooperation.

"This year the Assembly faces key decisions on the way forward in view of the anticipated review of the Court, one that would ultimately strengthen the Court and enable it to successfully confront the challenges that it faces today, twenty-one years after adoption of the Rome Statute", said H.E. O-Gon Kwon, President of the Assembly of States Parties. "Notwithstanding the challenges, the Court continues to have strong renewed support as shown by the recent addition to the Rome Statute family with the accession of Kiribati on Tuesday, 26 November 2019. I sincerely congratulate Kiribati for taking this firm step in support of the fight against impunity. I also wish to express my appreciation for the strong support and efforts made by States Parties and civil society in promoting the Statute", he added.

In his remarks, Judge Chile Eboe-Osuji, President of the ICC, underlined the Court's crucial value in deterring atrocities, and said it had already had an effect in reducing election violence in several African countries. He urged all States Parties to do what is necessary to defend the ICC against ongoing threats made against the institution, and stressed that no one should take the Court's existence for granted. "We must guard against complacency about the monumental achievement that we have in this Court. [...] If the ICC had not been created when it was possible, it is highly unlikely that we could create it today, on the divided international stage that we are currently witnessing. Let us all cherish and protect this Court with the greatest zeal and passion", President Eboe-Osuji stated.

In the tradition of past years, ICC Prosecutor Fatou Bensouda presented an overview of her Office's activities, including successes and challenges faced. She outlined important judicial developments in a number of cases and situations before the Court. Prosecutor Bensouda highlighted that these developments are only the latest, visible outcomes stemming from her Office's efforts over the past years to refine its investigation and prosecution strategies, and to strengthen its organisational capabilities, applying experiences and lessons learned. "The revised and refined approaches to investigations and prosecutions we have adopted since 2012 are producing tangible results", stressed the Prosecutor. Prosecutor Bensouda also echoed ICC President Eboe-Osuji's call on States Parties and, other stakeholders committed to international criminal justice, to firmly stand by the Court when under attack. She emphasized that "it is precisely at times like these when international criminal justice and indeed efforts to address gross human rights violations are under assault; when we are witnessing a clash and crisis of fundamental values, that courage and conviction must guide our actions to protect our common values and goals as defined under the Rome Statute." "The Court's independence is sacrosanct and should never be allowed to be compromised", she added.

H.E. Mr Felipe Michelini, Chair of the Board of Directors of the Trust Fund for Victims, stated: "The TFV Board of Directors is greatly encouraged to note the progress in delivering reparations awards to victims, in often challenging operational circumstances. We are committed to the further strengthening of the Fund's performance and presence, towards making reparative justice a reality for victims and fulfilling the promise of the Rome Statute. Our ambitions will thrive on the guidance and strong support of the States Parties".

Report on the Activities of the International Criminal Court: