17th Assembly of States Parties opens in The Hague 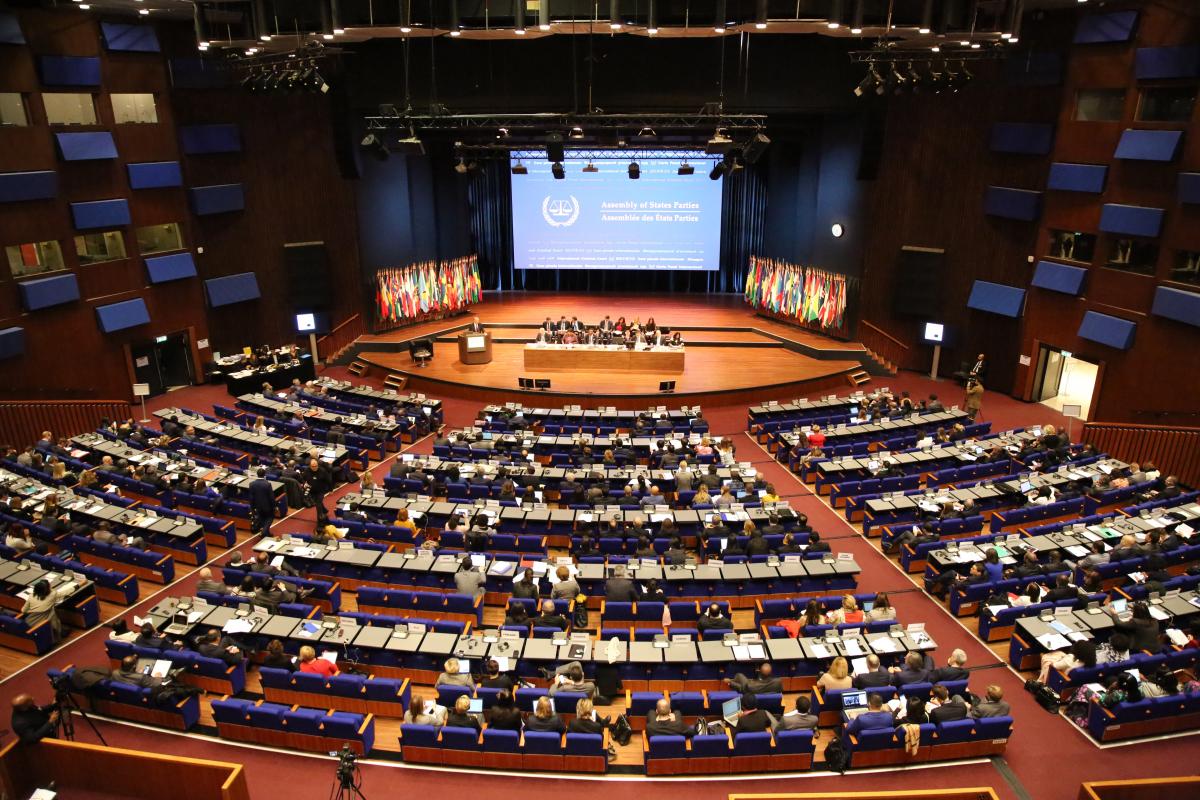 The seventeenth session of the Assembly of States Parties (ASP) to the Rome Statute of the International Criminal Court (ICC) opened today at the World Forum Convention Center in The Hague, The Netherlands. From 5 to 12 December 2018, States Parties to the Rome Statute, the Court's founding treaty, observer States, invited States, international and regional organizations and representatives from civil society will discuss key challenges facing the Statute, as it is turning 20 this year. States Parties will also make important decisions and adopt resolutions on key issues pertaining to the functioning of the Court and the Trust Fund for Victims, including in relation to their respective budgets, and on cooperation.

"At this landmark anniversary that naturally leads us to introspection, review and reflection, we must move beyond making aspirational, grandiose statements in international fora such as this one, beyond adopting resolutions and declarations, to more concrete action", said H.E. O-Gon Kwon, President of the Assembly of States Parties. "The Court is indeed moving forward, but it can successfully do so only with the support of this family, the Rome Statute family. The time for action is now. "

Addressing the Assembly for the first time as ICC President, Judge Chile Eboe-Osuji called for continued support: "it is right and necessary for States Parties acting alone and collectively to defend the Court at all times. In doing so, they create the space the Court needs to operate with independence." Noting the incalculable cost of atrocities that cause immense devastation and pain that can last for generations, and that "at $1.7 trillion, the world's annual military spending is roughly ten thousand times larger than the budget of the ICC", President Eboe-Osuji also emphasised that "investment in justice, such as is administered in this Court, is an investment in the peaceful and stable future we want for our shared humanity."

ICC Prosecutor Fatou Bensouda provided an overview of the activities of her Office in the past year, from further 'institutional' enhancements to preliminary examinations, investigations and prosecutions, highlighting successes and challenges faced.  Notwithstanding these inherent challenges, the Prosecutor reaffirmed her principled and unyielding commitment and that of her Office to advance the independent and impartial mandate of the Office of the Prosecutor under the Rome Statute. "Together with my dedicated staff, we have been consistently focused on our mission: the effective investigation and prosecution of the Rome Statute crimes so as to fight impunity and contribute to the prevention of such crimes, with the hopes of ultimately responding to the suffering of victims and affected communities", she stated. "We will continue to do so with unshaken resolve, commitment and utmost integrity, undeterred in the face of formidable challenges", the Prosecutor added.