Prior to joining the ICC, Judge Miatta Maria Samba has served as a senior judge in the judiciary of Sierra Leone, most recently as Justice of the Supreme Court of Sierra Leone (2021) and before that as Judge of the Court of Appeals (2019-) and Judge of the High Court (2015-2019), adjudicating complex criminal cases, particularly having to do with corruption, theft and sexual violence. She has earlier led the prosecution of high-profile cases in the Anti-Corruption Commission of Sierra Leone, as well as represented, on a pro-bono basis, victims of sexual offences, particularly cases involving minors. Judge Samba is Chair of the Legal Aid Board in Sierra Leone, which regulates the provision of legal representation for indigent persons. She lectured Criminal Law at Fourah Bay College, University of Sierra Leone.

Judge Samba has extensive experience from international criminal justice institutions. She has been a judge of the Residual Special Court for Sierra Leone since January 2020. She was previously (2006-2010) employed with the ICC's Office of the Prosecutor as a Field Operations Officer based in Uganda. Before that (2002-2006), she worked for the Prosecutor's Office of the Special Court of Sierra Leone, where she was involved in the investigation, management and prosecution of war crimes and crimes against humanity. 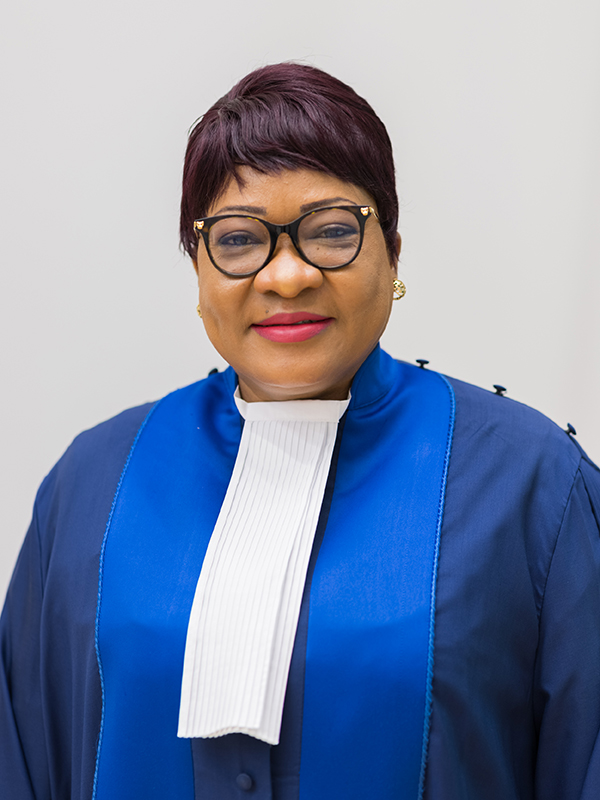