Prior to joining the ICC, Judge Ibáñez Carranza served as a Senior National Prosecutor in Peru's specialized system for the prosecution of crimes such as terrorism, grave violations of human rights, and crimes against humanity. In addition, she acted as the Coordinator of the 17 prosecutorial agencies of the aforementioned system.

In her capacity as a Public Prosecutor, Judge Ibáñez Carranza implemented a number of measures towards victims' reparations. These measures supported, for example, searching for missing persons;  recovering and identifying human remains in mass graves; organizing public ceremonies for the declaration of public apologies from the Peruvian State to the victims and the restitution of the human remains to the relatives of the victims; rescuing children abducted by armed groups, etc.

During her career, she was appointed several times as a Peruvian delegate before the InterAmerican Commission on Human Rights, the Convention on the Elimination of All Forms of Discrimination Against Women (CEDAW), the Inter-American Committee against Terrorism (CICTE) and other international bodies.

Judge Ibañez Carranza holds a Master's degree in Criminal Law and a Doctorate in Law degree from Universidad Inca Garcilaso de la Vega, in Peru; and she obtained her degree in law and in political science from Universidad Nacional de Trujillo. She was also a professor of law for 22 years. Her academic experience includes professorships of criminal law, criminal procedure and human rights law. 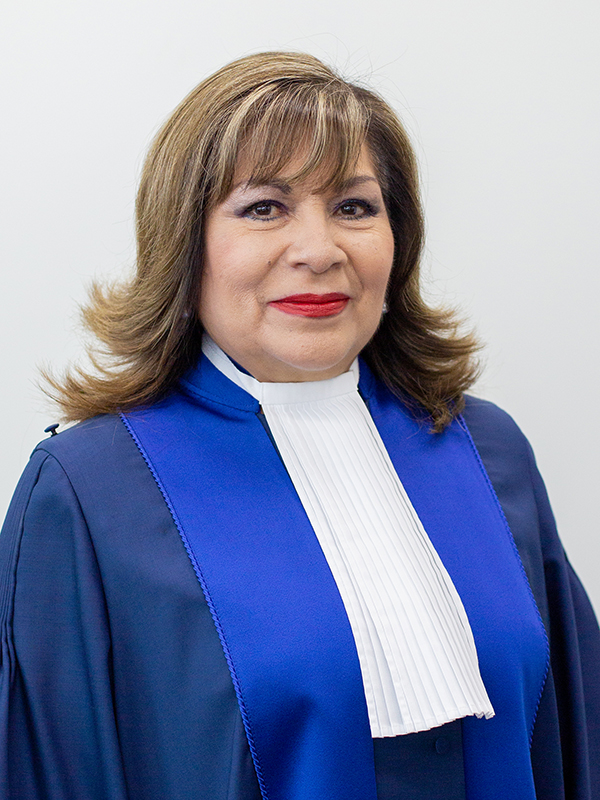