Nationality: United Kingdom of Great Britain and Northern Ireland (the ) (Western European and other States)

Judge Joanna Korner CMG QC has practiced criminal law for more than 45 years as a judge and barrister. Prior to joining the ICC, she has served since 2012 as a judge of the Crown Court of England and Wales, trying  the most serious and complex criminal cases including cases of fraud and murder. Queen's Counsel since 1993, she has also prosecuted and defended in numerous cases in the courts of England and Wales.

Her experience includes a total of eight years (1999-2004 and 2009-2012) as a senior prosecutor at the International Criminal Tribunal for the former Yugoslavia, including leading in the cases of Prosecutor v. Mićo Stanišić and Stojan Župljanin, Prosecutor v. Radoslav Brđjanin and Momir Talić, and Prosecutor v. Milomir Stakić.

As a renowned expert, Judge Korner has organised and taught on numerous training programmes on international criminal law and advocacy for judges and lawyers from different regions. Between 2004-2005, she was Senior Legal Adviser to the Chief Prosecutor of Bosnia and Herzegovina, during the establishment of a War Crimes Section in the country's State Prosecutor's Office.

Judge Korner studied law at the Inns of Court School of Law.  In 2004 she was Appointed Companion of the Order of St. Michael and St. George ("CMG") for services to international law. 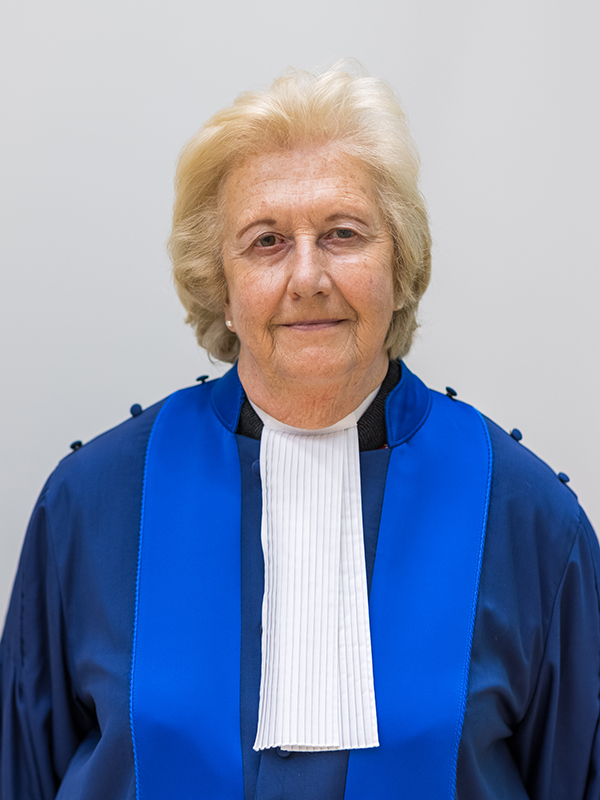