Judge Lordkipanidze has long experience in the field of international law as a senior state official, diplomat and professor of law. Prior to joining the ICC, he has served as Minister (2020-) and Deputy Minister (2012-2020) of Justice of Georgia. From 2018 to 2021, he was a member of the Board of Directors of the Trust Fund for Victims, representing the Eastern European Group of States.

During his career, Judge Lordkipanidze has performed a number of functions in Georgia's Ministry of Foreign Affairs (1991-2005), notably dealing with relations with international organisations, courts and tribunals. He was closely involved in the negotiations leading to the adoption of the Rome Statute, and subsequently represented Georgia in the work of the Preparatory Commission for the International Criminal Court in New York (1999-2002) on the relationship agreement between the Court and the United Nations, the Financial Regulations and Rules of the Court, the Agreement on the Privileges and Immunities of the Court, the Rules of Procedure and Evidence, and the crime of aggression.

Judge Lordkipanidze studied law at the Tbilisi State University and has obtained master's degrees in international law at the University of Essex and the Harvard Law School. He has also studied at the Fordham Law School PhD program and has taught international law at several universities in Georgia and abroad. He was a substitute member of the European Commission for Democracy through Law (Venice Commission), a member of the Gender Equality Commission of the Council of Europe and has in the past served on the Board of the Georgian Red Cross Society. 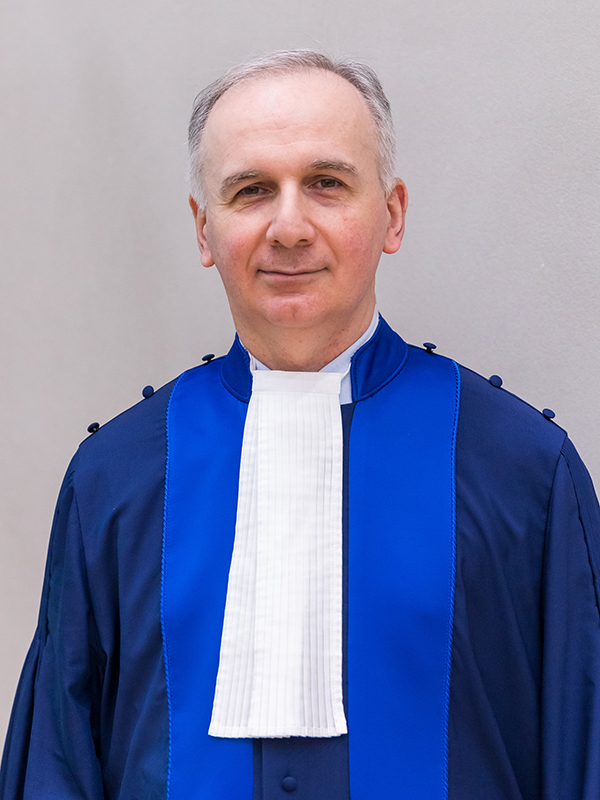