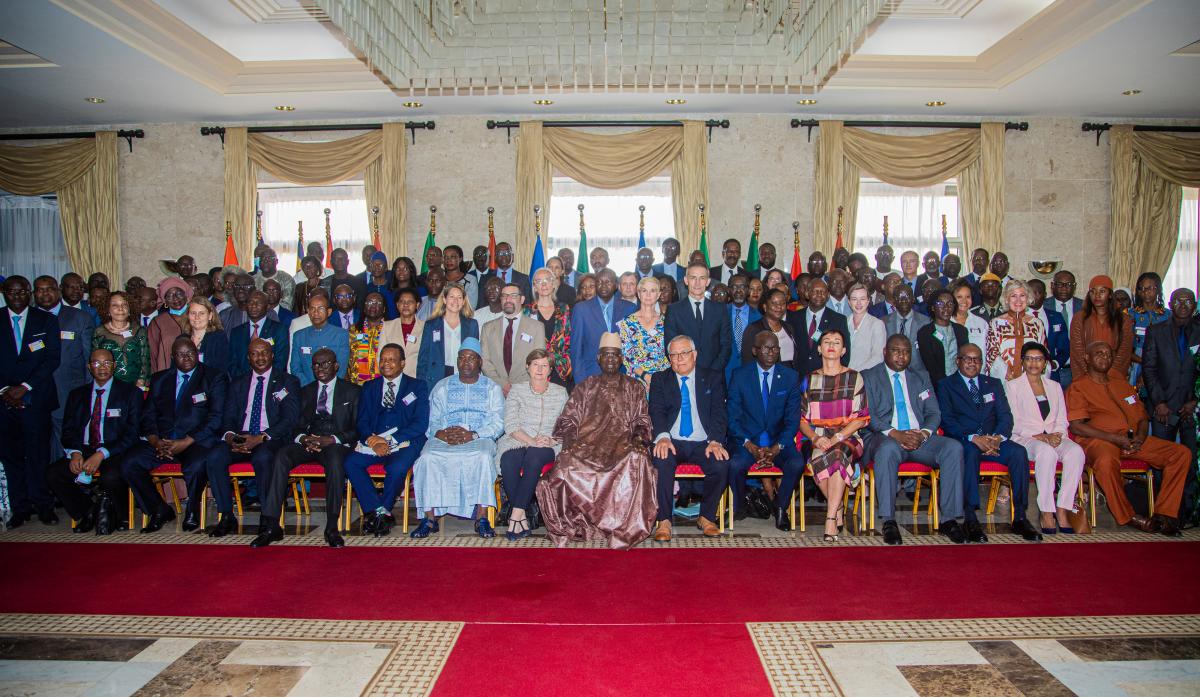 From 23 to 25 May 2022, the International Criminal Court (ICC or the Court), in close cooperation with the authorities of the Republic of Senegal, held a regional conference in Dakar, Senegal. The conference gathered more than 190 participants who discussed the strengthening of the international criminal justice system and the fight against impunity through cooperation between the Court and States. Discussions emphasised the importance of collective efforts to ensure the effective implementation of the principle of complementarity, with a particular focus on States from the Economic Community of West African States (ECOWAS).

Conference participants included Ministers of Justice and other senior officials of 15  ECOWAS Member States, Republic of Chad and Central African Republic, and high Senegalese officials, Representatives of the diplomatic corps, the Senegalese Bar, Academia, Civil Society and Journalists. In particular, the Minister of Justice and Keeper of the Seals of Senegal, H.E. Malick Sall, the President of the Assembly of States Parties (ASP) Silvia Fernández de Gurmendi, the ICC President Judge Piotr Hofmański, the ICC Deputy Prosecutor Mame Mandiaye Niang, the Vice-Chairperson of the Board of Directors of the Trust Fund for Victims Ibrahim Sorie Yillah, and the President of the International Criminal Court Bar Association Jennifer Naouri took part in the event.
During the opening of the conference, Minister of Justice and Keeper of the Seals of Senegal H.E. Malick Sall declared: "The Court derives its legitimacy, in fact, from the confidence placed in it by the States Parties, from the mandate which they have conferred upon it and from the support which they would like to provide to it, for the processing, by it, of any facts subject to its jurisdiction. … The effectiveness or the success of the Court depends on the respect by the latter, just as by the States parties, of the statutory provisions which govern their relations, but also and above all of the will of each of our countries to play their part in the delivery of criminal justice at the national level. All in all, the ICC cannot act without the cooperation of States, which have the monopoly of the police, and without which the identification and appearance of the accused, as well as of victims and witnesses, would be unlikely."

Addressing the opening session of the conference, ASP President Silvia Fernández de Gurmendi expressed the gratitude of the Court to the Republic of Senegal for its hospitality and for accepting to host the conference. She stated: “We observe a growing interest in justice and the proliferation of a number of mechanisms and initiatives to achieve it. We are thus witnessing the emergence of a global system of justice, in which courts acting at different levels have a role to play, sometimes a central role, sometimes a complementary or supporting role. The ICC has proven that it can play all of these roles effectively.”

ICC President Judge Piotr Hofmański said: "Regardless of the continent and regardless of the nationality of the victims or the perpetrators, the ICC’s mandate and purpose remains the same: to fight against impunity for the most serious atrocity crimes. We strive for accountability. We strive to provide justice to victims. And we strive to prevent future crimes. But the ICC cannot do any of this alone. That is why this conference is so important. It is an opportunity to draw best practices and lessons-learned, and to discuss what we can do to enhance the cooperation in our joint quest for justice."

ICC Deputy Prosecutor Mame Mandiaye Niang thanked Senegal for hosting the Conference and stated: “Engaging in a frank dialogue with Africa is at the heart of Prosecutor Khan’s vision, in order to strengthen cooperation with African States within the framework of dynamic complementarity and effective cooperation. The Rome Statute is a court of last resort and national courts must have primacy. If sub-regional or regional judicial bodies can play a part, this option should be encouraged. In short, yes to complementarity but yes, above all, to positive complementarity; one where the ICC contributes to building the capacities of national authorities and is in constant communication with them to reduce as much as possible the impunity gap.”

Representing ICC Registrar Peter Lewis, Nouhoum Sangaré, Chief of ICC Offices in Côte d’Ivoire and Mali, highlighted the importance for the Court to secure cooperation agreements, including on relocation of witnesses, enforcement of sentences, and on asset recovery which are areas where cooperation and complementarity should be further enhanced.

Vice-Chairperson of the Board of Directors of the Trust Fund for Victims Ibrahim Sorie Yillah said: “The creation of the Trust Fund for Victims in the Rome Statute is an unprecedented message of the international community's ambition to redress the harm suffered by victims of armed conflict. Cooperation and complementarity are needed to provide justice for victims. The implementation of reparations for crimes within the ICC's jurisdiction is still new. Africa also needs to take financial engagement for reparation programmes to victims on the continent. Let us together make them a meaningful reality for victims”.

The Court renews its gratitude to the Republic of Senegal, the European Commission, and the Republic of France for their generous financial contribution and support to this conference. Senegal was the first country in the world to ratify the Rome Statute, the ICC’s founding treaty, and has also later played a significant role in advancing international criminal justice, inter alia by hosting the Extraordinary African Chambers in 2017. Currently, Senegal is co-facilitator on cooperation in the Assembly of States Parties to the Rome Statute, together with France.

This event forms part of efforts to further advance cooperation and complementarity between States, the Court and its partners. Experience from similar events that took place in other regions of Africa, Europe, Latin America, the Caribbean and the Asia-Pacific has demonstrated that ICC regional seminars are key forum to enhance global support for the Court and international criminal justice more broadly. They also create a space of dialogue aiming at promoting and strengthening cooperation, and to advance the fight against impunity for Rome Statute crimes, and other serious and related crimes.

Declaration adopted at conference in Senegal