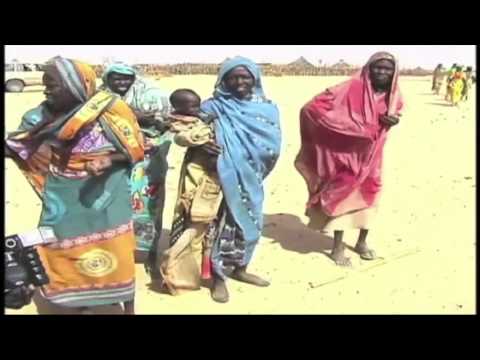 Situation referred to the ICC by the United Nations Security Council: March 2005

Current focus: Alleged genocide, war crimes and crimes against humanity committed in in Darfur, Sudan, since 1 July 2002 (when the Rome Statute entered into force)

Current regional focus: Darfur (Sudan), with Outreach to refugees in Eastern Chad and those in exile throughout Europe.

Jurisdiction in the general situation

Sudan is not a State Party to the Rome Statute. However, since the United Nations Security Council (UNSC) referred the situation in Darfur to the ICC in Resolution 1593 (2005) on 31 March 2005, the ICC may exercise its jurisdiction over crimes listed in the Rome Statute committed on the territory of Darfur, Sudan, or by its nationals from 1 July 2002 onwards.

The ICC investigations regarding Darfur focus on allegations of genocide, war crimes and crimes against humanity committed in Darfur, Sudan, since 1 July 2002.

The UNSC determined that "the situation in Sudan continues to constitute a threat to international peace and security", and  referred this situation to the ICC in March 2005, taking note of the report of the International Commission of Inquiry on violations of international humanitarian law and human rights law in Darfur (S/2005/60). The UN Secretary-General established the Commission "to investigate reports of violations of international humanitarian law and human rights law in Darfur by all parties, to determine also whether or not acts of genocide have occurred, and to identify the perpetrators of such violations with a view to ensuring that those responsible are held accountable." The Commission took as a starting point two facts: "First, according to United Nations estimates there are 1.65 million internally displaced persons in Darfur, and more than 200,000 refugees from Darfur in neighbouring Chad. Secondly, there has been large-scale destruction of villages throughout the three States of Darfur."

The ICC investigation, which opened in June 2005, has produced several cases with suspects ranging from Sudanese Government officials, Militia/Janjaweed leaders, and leaders of the Resistance Front, and has involved charges that include the following crimes:

Former Sudan's President Omar Al Bashir is the first sitting President to be wanted by the ICC, and the first person to be charged by the ICC for the crime of genocide. Neither of the two warrants of arrest against him have been enforced, and he is not in the Court's custody.

See the ICC Prosecutor's reports to the UNSC on the investigation.

The warrant of arrest for alleged war crimes and crimes against humanity allegedly committed in Darfur (Sudan) was issued in this case on 27 April 2007. Ahmad Harun is still at large.

Next steps: Until Ahmad Harun is arrested and transferred to the seat of the Court in The Hague, his case will remain in the Pre-Trial stage. The ICC does not try individuals unless they are present in the courtroom.

The first warrant for arrest for Omar Hassan Ahmad Al Bashir was issued on 4 March 2009, the second on 12 July 2010. The suspect is still at large.

Next steps: Until Omar Al Bashir is arrested and transferred to the seat of the Court in The Hague, the case will remain in the Pre-Trial stage. The ICC does not try individuals unless they are present in the courtroom.

Case also involved Saleh Mohammed Jerbo Jamus but proceedings against him were terminated on 4 October 2013 following his passing.

On 7 March 2011, Pre-Trial Chamber I unanimously decided to confirm the charges of war crimes brought by the ICC's Prosecutor against Abdallah Banda and committed him to trial. Though Mr Banda appeared voluntarily before the ICC during the Pre-Trial stage of his case, on 11 September 2014, the Trial Chamber judges issued an arrest warrant to ensure his presence at trial. The Chamber stressed that should Mr Banda nonetheless appear voluntarily before the Court, the Chamber will take the voluntary appearance into consideration and revisit accordingly the conditions of his stay in The Netherlands during the trial. The accused is still at large.

Next steps: The trial will commence pending the accused's arrest or voluntary appearance. The ICC does not try individuals in their absence.

On 8 February 2010, Pre-Trial Chamber I decided not to confirm the charges against Mr Abu Garda, and later rejected the Prosecutor's application to appeal the decision.

Next steps: The case is considered closed unless and until the Prosecutor presents new evidence.

A warrant for arrest for Abdel Raheem Muhammad Hussein was issued on 1 March 2012. The suspect is at large.

Next steps: The case remains in the Pre-Trial stage, pending the suspect’s arrest or voluntary appearance before the Court. The ICC does not try individuals in their absence.

Ali Muhammad Ali Abd-Al-Rahman was transferred to the ICC's custody on 9 June 2020, after surrendering himself voluntarily in the Central African Republic. The initial appearance of Mr Abd-Al-Rahman before the ICC took place on 15 June 2020. According to the Prosecution's submission of the Document Containing the Charges, Mr Abd-Al-Rahman is suspected of 31 counts of war crimes and crimes against humanity allegedly committed between August 2003 and at least April 2004 in Darfur, Sudan. The confirmation of charges hearing took place from 24 to 26 May 2021.

On 9 July 2021, Pre-Trial Chamber II confirmed all the charges of war crimes and crimes against humanity brought by the Prosecutor against Ali Muhammad Abd-Al-Rahman and committed him to trial.

On 5 April 2022, the trial in this case opened before Trial Chamber I and is currently ongoing.

Questions and Answers on the opening of the trial: English, Arabic